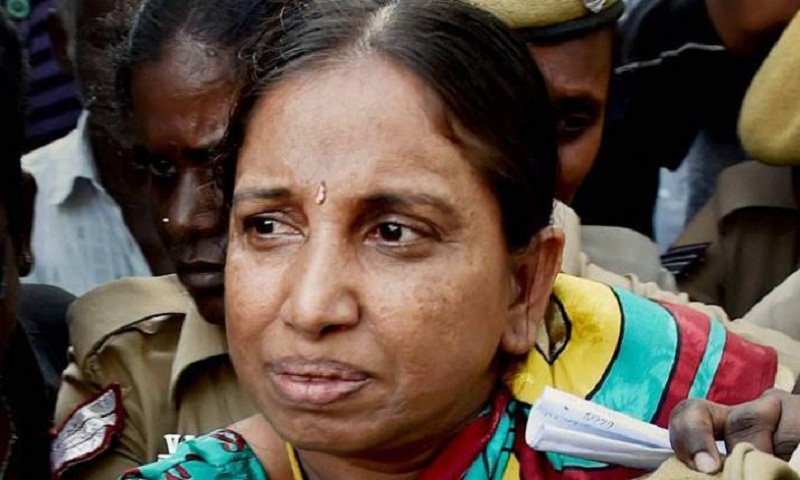 Nalini Sriharan, a life convict in the Rajiv Gandhi assassination case, was granted permission by the Madras High Court Tuesday to appear in person to argue for her petition requesting an ordinary leave of six months to make arrangements for her daughter’s wedding. The bench, comprising Justices M M Sundaresh and M Nirmal Kumar, allowed her to appear in person on July 5.

Nalini had made a representation to prison authorities in February that since her incarceration 27 years ago she had not availed the one-month leave granted to every convict every two years. After the authorities failed to consider her representation, she moved the high court.

On June 11, the court had observed that Nalini’s right to appear in person to argue on her plea cannot be denied.

Nalini claimed that after the commutation of her death sentence, around 3,700 life convicts, who had served 10 years of imprisonment and less, were released by the Tamil Nadu government.