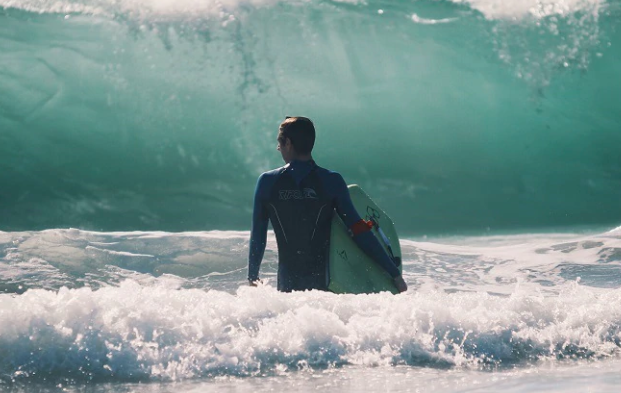 Swimming in the ocean alters the skin microbiome and may increase the likelihood of infection, a study has found.

“Our data demonstrate for the first time that ocean water exposure can alter the diversity and composition of the human skin microbiome,” said Marisa Chattman Nielsen, a PhD student at the University of California, Irvine in the US.

The research was motivated by previous studies which have shown associations between ocean swimming and infections, and by the high prevalence of poor water quality at many beaches, due to wastewater and storm water runoff.

Recent research has demonstrated that changes in the microbiome can leave the host susceptible to infection, and influence disease states. Exposure to these waters can cause gastrointestinal and respiratory illness, ear infections, and skin infections.

The investigators sought nine volunteers at a beach who met criteria of no sunscreen use, infrequent exposure to the ocean, no bathing within the last 12 hours, and no antibiotics during the previous six months. The researchers swabbed the participants on the back of the calf before they entered the water, and again after subjects had air dried completely following a ten-minute swim and at six and 24 hours post-swim.

Before swimming, all individuals had different communities from one-another, but after swimming, they all had similar communities on their skin, which were completely different from the “before swim” communities. At six hours post-swim, the microbiomes had begun to revert to their pre-swim composition, and at 24 hours, they were far along in that process.

“One very interesting finding was that Vibrio species–only identified to the genus level–were detected on every participant after swimming in the ocean, and air drying,” said. Nielsen. At six hours post-swim, they were still present on most of the volunteers, but by 24 hours, they were present only on one individual.

“While many Vibrio are not pathogenic, the fact that we recovered them on the skin after swimming demonstrates that pathogenic Vibrio species could potentially persist on the skin after swimming,” said Nielsen. The fraction of Vibrio species detected on human skin was more than 10 times greater than the fraction in the ocean water sample, suggesting a specific affinity for attachment to human skin.

Skin is the body’s first line of defense, both physically and immunologically, during exposure to contaminated water.

“Recent studies have shown that human skin microbiome plays an important role in immune system function, localised and systemic diseases, and infection,” said Nielsen. “A healthy microbiome protects the host from colonisation and infection by opportunistic and pathogenic microbes,” she said.