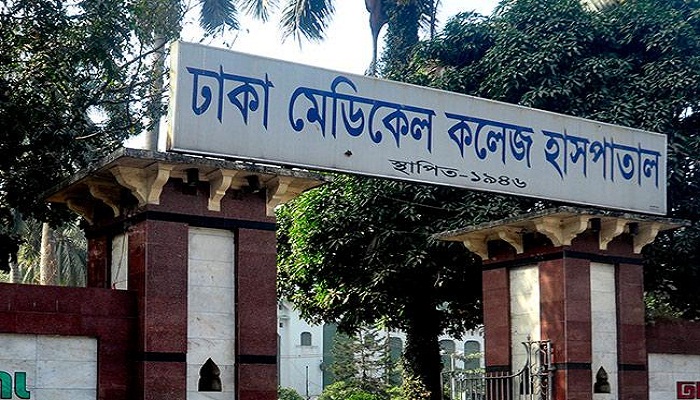 A man died after falling from the rooftop of a building in Chawk Bazar area in the capital.

The deceased was identified as Jahangir, 40, was living in South Islambagh with his wife and three children. He was an IPS technician.

The accident took place around 2.00 am on Tuesday.

Tazul Islam, Assistant Sub- Inspector (ASI) of Chawak Bazar police station told journalist that Jahangir was severely wounded when he fell from a six-storey building (house number: 70/10) in the area.

Later, he was rescued and taken to Dhaka Medical College and Hospital (DMCH) where the doctors declared him dead.

Referring to the locals, Tazul also said the neighbours heard someone shouting ‘thief’ suddenly at night. After a while they heard sound of something falling from the building and they found Jahangir there wounded.

The cause of his death is being investigated. The body has been kept in morgue for autopsy in DMCH, said SI Tazul.