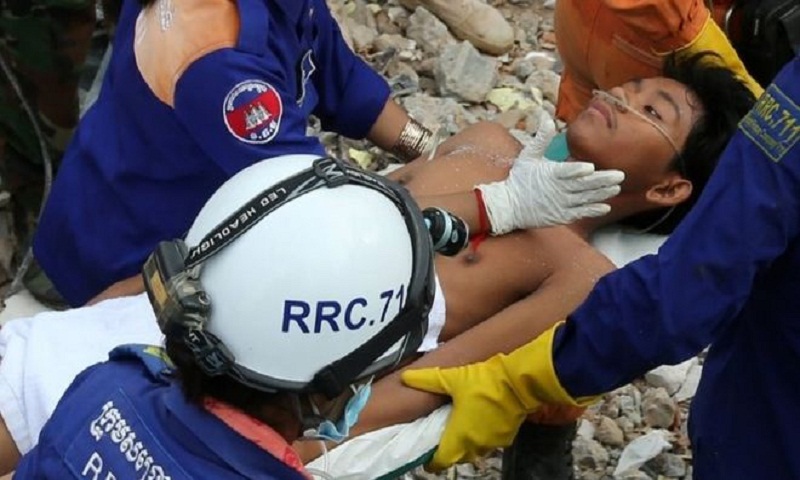 In Cambodia, two people have been pulled alive from the rubble of a collapsed building - more than two days after Saturday's disaster.

The two survivors were given water and taken to hospital in the coastal town of Sihanoukville.

The death toll earlier had risen to 25 at the Chinese-owned construction site. A similar number were reported injured.

The seven-storey building collapsed on Saturday morning before dawn, with many workers asleep inside.

The two people were rescued several hours after officials had said they did not believe any more survivors would be found alive.

Cambodian Prime Minister Hun Sen visited the site earlier on Monday. He accepted the resignation of the governor of the south-eastern province.

There are varying estimates of the number of people still missing. Relatives at a local hospital said around a dozen people were still believed to be buried in the debris.