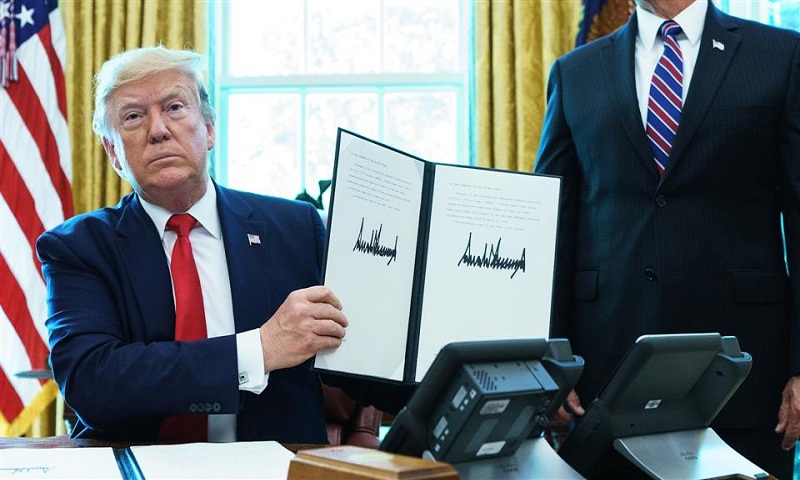 Mr Trump said the additional sanctions were in response to the shooting down of a US drone and "many other things".

President Trump signed an order on Monday authorizing the new sanctions as a message to Iran that Washington won’t ease up on its economic-pressure campaign against the country, even though Mr. Trump canceled a planned military strike last week with minutes to spare.

“We will continue to increase pressure on Tehran,” the president said in the Oval Office, selecting sanction targets US officials said bear responsibility for recent oil-tanker attacks, rocket launches and the downing of a $130 million US military drone.

Mr Trump said the action would deny access to global financial resources for Mr Khamenei and the others. US Treasury Secretary Steven Mnuchin said later the supreme leader’s office and top officers in the Islamic Revolutionary Guard Corps, Iran’s elite militia designated by the US as a terror group, were chosen because they were responsible for the recent events.