How many milestones Shakib touches today 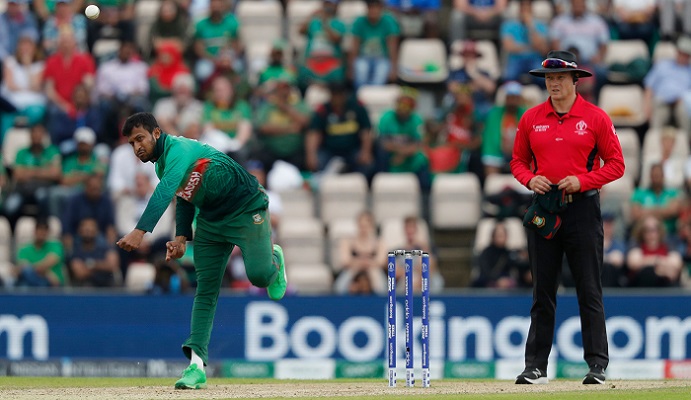 2- Shakib Al Hasan became only the second player to score a fifty and take a five-wicket haul in the same World Cup match. Shakib emulated Yuvraj Singh, who had followed his 5 for 31 with an unbeaten 50 against Ireland in Bengaluru in the 2011 World Cup. And this was the first time Shakib achieved this double in his ODI career. 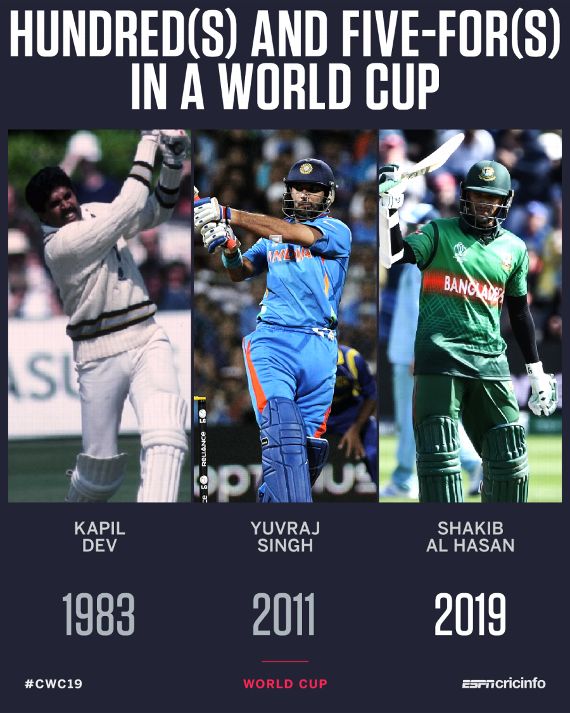 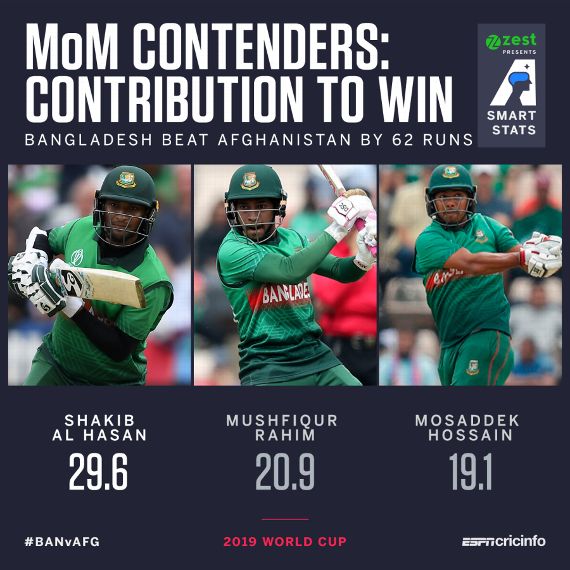 29.16- The impact percentage of Shakib in this match, taking into account both his batting and bowling contributions, the highest among all Bangladesh players. Mushfiqur Rahim slots in next with 20.93% followed by Mosaddek Hossain (19.05%). The impact percentage comes from Smart Stats, ESPNcricinfo's new metric to value performances based on the match situation, context and taking into account the pressure. Shakib got 50 batting impact points and 145 bowling impact points, which amount to 195 total impact points, the highest in the game.