Shakib the second cricketer with five for and fifty in WC 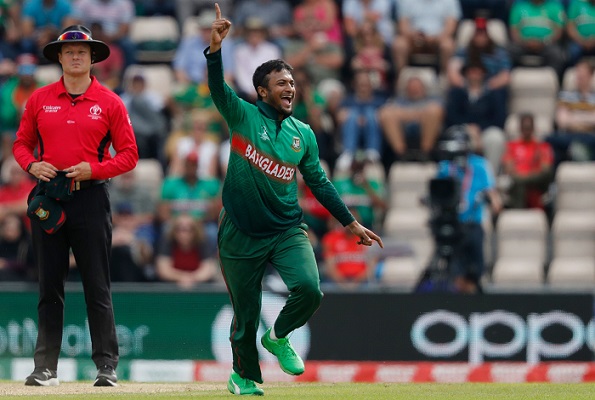 Shakib Al Hasan has become the second player in history after India's Yuvraj Singh to score a fifty and take five wickets in a single World Cup match.

In the match against Afghanistan on Monday, he registered a five-for in any World Cup as the first Bangladeshi bowler.

The all-rounder also became the only cricketer to score 1000-plus runs and take 30-plus wickets in World Cups as well.

Before coming to the match, Shakib scored two fifties and two centuries. Taking five-for today, Shakib touched the record of most celebrated all-rounder of India- Kapil Dev- who was the only man before Shakib to score a hundred and take a five-for in a single edition of the World Cup.

While scoring 51 against Afghanistan, Shakib surpassed David Warner's 447 runs in the event. Shakib has now 474 runs in six matches as well.

Shakib ended his bowling taking five wickets for 29 runs in 10 overs, which is now his best bowling record in ODI cricket.