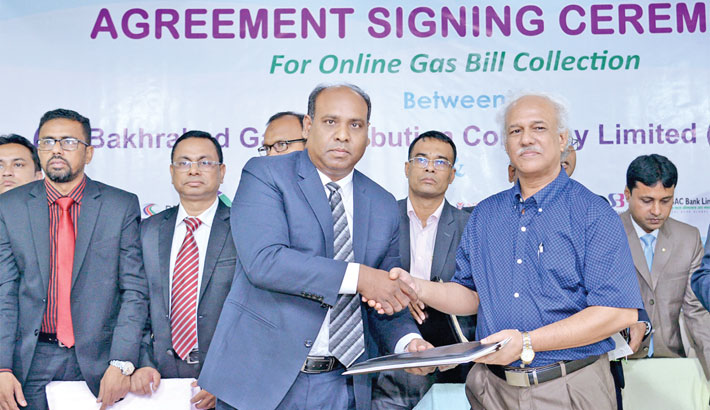 The agreement was signed by Adil Raihan, Deputy Managing Director and CSBO of the Bank and Afroza Begum, Company Secretary of BGDCL, on behalf of their respective organisations at BGDCL’s head office at Chapapur in Cumilla, said a pres release.

As per the agreement, Mercantile Bank will facilitate the collection of gas bill from BGDCL customers through the Bank’s online banking system and Mobile Financial Service MyCash.

Engineer Nizam Shariful Islam, Managing Director from BGDCL and Tapon James Rozario, Assistant Vice President and Head of IMLD (Acting) from the bank along with other senior officials of both the organisations were present.