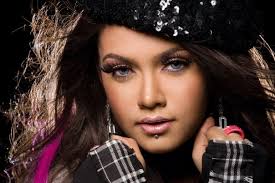 An arrest warrant has been issued against singer Mila for not being present as a witness in a case of the woman and child repression.

Judge Md Sharif Uddin of the Metropolitan Court of Women and Children Repression Prevention Tribunal -9 passed the order on Monday.

Mila got herself screwed in her own case. On October 5, 2017, Mila filed a case against her husband with the Uttara West Police Station over beating and dowry charges. Police arrested Sanjari after the case.

The court formed the charges with Women and Children Repression case in 2018.

Meanwhile, summon was issued against her for not being present as a witness for more than one and a half years. However, the Tribunal gave the order as she did not appear before the court.

The court also asked the lawyer to know why she would not be charged with contempt of court over questioning the court, honourable judge, wise lawyers and other parties on social media on different occasions.

After a long time affair, Mila tied the knot with private airline pilot Parvez Sanjari on May 12, 2017. Just after 13 days of her marriage, there was a dispute between them which later ends with separation.