No one can destroy Awami League: Hasina 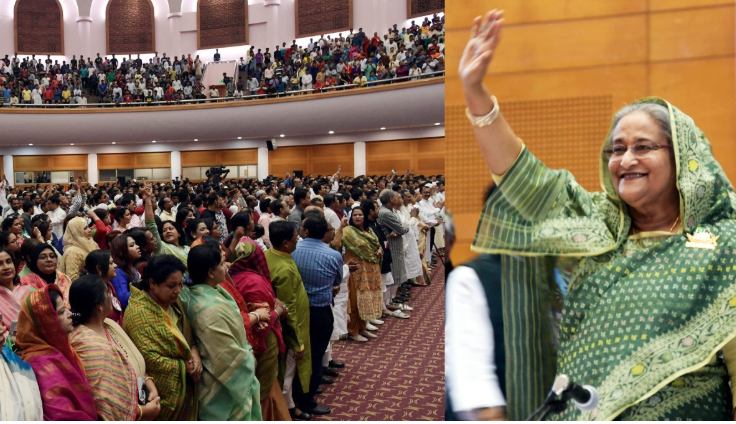 Prime Minister Sheikh Hasina on Monday said no one can destroy Bangladesh Awami League as it is a well-organised political party having numerous achievements during its 70-year history of struggle.

“Awami League is one of the well-organised oldest political parties of this subcontinent. No one could tear the party to shreds through hundreds of attacks and won’t be able to do so in the future, Inshallah,” she said.

Sheikh Hasina, also the AL president, said the party has now become a glorious organisation with the achievements gained its 70-year history of struggle and successes.

Expressing the hope that AL will get much stronger as it did gradually in the past, she said, “AL is so deeply-rooted in public mind that no one could uproot it despite making hundreds of efforts in the past and won’t be able to do so in the future.”