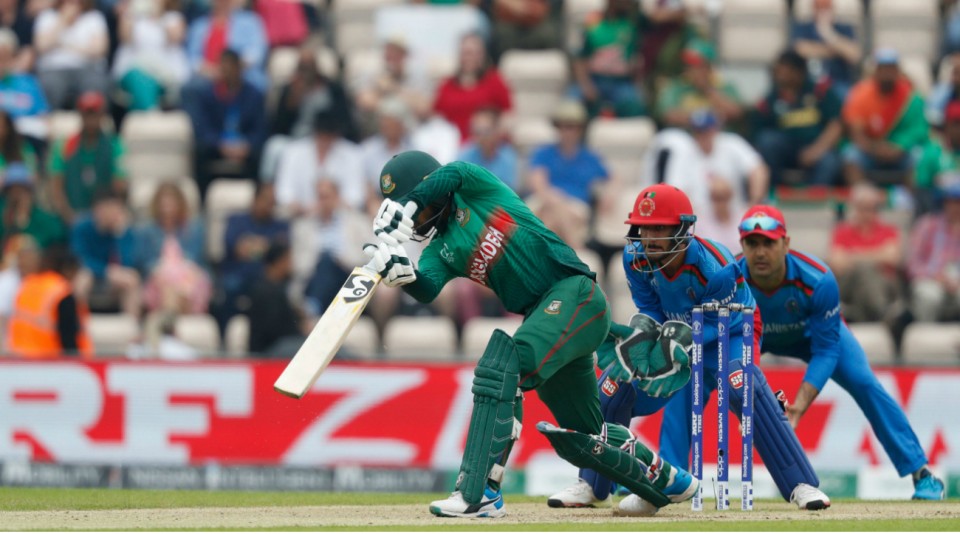 Bangladesh set 263 runs target for Afghanistan in the World Cup match at Southampton on Monday.

In today's match, all-rounder Shakib Al Hasan made another fifty as Bangladesh lost four wickets for 153 runs in 33 overs against Afghanistan.

Before getting out, Shakib and Mushfiqur Rahim added 61 runs in the third wicket stand.

Bangladesh sent in Liton Das to open the batting alongside Tamim Iqbal in the crucial match against Afghanistan.

Liton played a fantastic knock against the West Indies and has been a regular opener for the Tigers while Tamim Iqbal was out injured during the recently concluded Asia Cup.

Right after Shakib’s dismissal, Soumya Sarkar, who came to bat at five today, fell for three. Both of the wickets were taken by Mujeeb Ur Rahman.

Before Shakib’s dismissal, Tamim fell for 36 off 53 deliveries while playing Mohammad Nabi. The left-handed opener failed to manage a brisk start against Afghanistan.

Bangladesh included Mohammad Saifuddin and Mosaddek Hossain, who missed the previous game due to injuries, in place of Rubel Hossain and Sabbir Rahman.