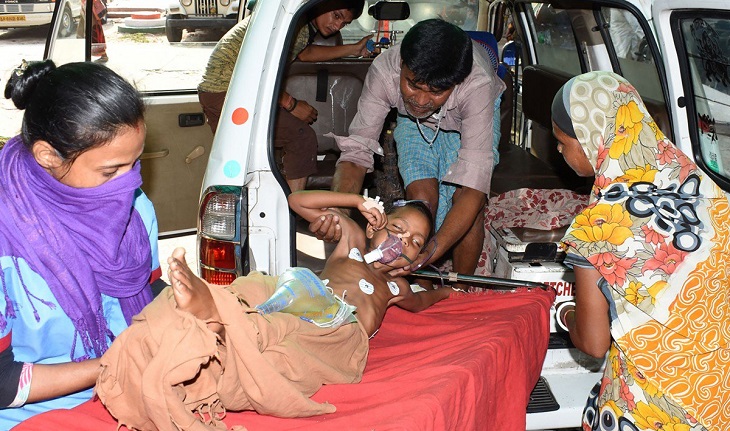 The death toll from a brain disease that has stricken children in India's Bihar state rose above 150 on Monday as a court ordered an investigation into the crisis.

The country's Supreme Court also demanded the government explain what measures it has taken to combat the spread of Acute Encephalitis Syndrome (AES) -- a deadly disease that has been widely linked to the eating of unripened lychee fruit.

Authorities said 152 children have died in districts across the eastern state, with 131 in two hospitals in Muzaffarpur, the epicentre of the outbreak.

Health officials said 111 children have died at the state-run Sri Krishna Medical College and Hospital, and another 20 at the Kejriwal hospital, which is run by a private trust.

Social activist Tamanna Hashmi -- who filed a complaint at the court -- confirmed that the investigation had been ordered.

Lawyers for the Bihar government told the court that the crisis was now under control.

AES is an inflammation of the brain, affecting mostly undernourished children under 10.

The precise causes of the syndrome are not known, but experts say a toxin in unripe lychee fruit -- which is grown abundantly in Muzaffarpur -- causes blood sugar levels to plummet in malnourished children, affecting the brain.

Experts say the deaths could be avoided if people had awareness and access to better health care and nourishment.

Bihar is one of India's poorest states. The National Family Health Survey states almost half of the children under five in the Muzaffarpur are stunted, almost 60 percent are anaemic, and more than 40 percent underweight.