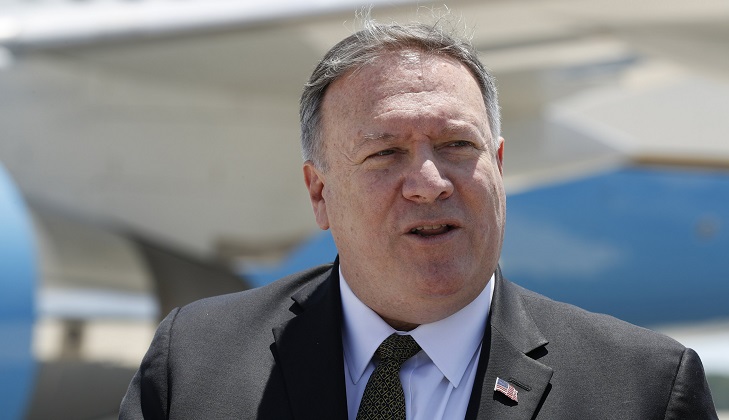 Germany appears cool toward U.S. talk of building a global coalition against Iran, saying that its top priority is de-escalating tensions in the region as it tries to salvage the 2015 nuclear deal with Tehran.

U.S. Secretary of State Mike Pompeo said Sunday as he headed for the Middle East that he would discuss "how we can build out a global coalition" against Tehran that also includes Asia and Europe.

German Foreign Ministry spokesman Christofer Burger said Monday that Berlin had "taken note via the media" of Pompeo's comments. He added that "our top aim is and remains a de-escalation of the serious situation."

Germany, France and Britain, as well as Russia and China, remain part of the nuclear deal that U.S. President Donald Trump'.