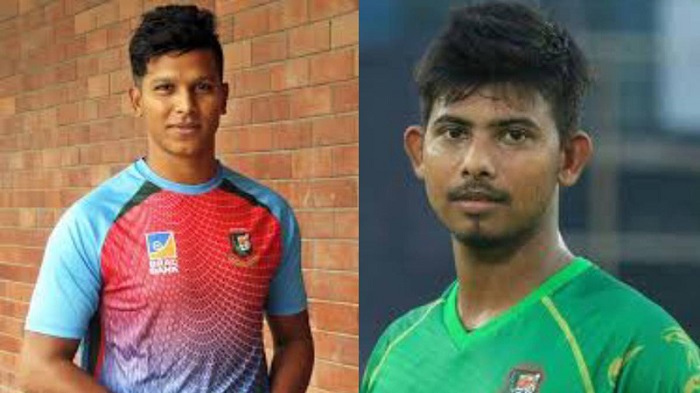 All-rounder Mohammad Saifuddin and Mosaddek Hossain returned in the in the squad against Afghanistan in the 31st match of the ICC World Cup 2019 at the Rose Bowl in Southampton on Monday.

Saifuddin was included in the XI as right-arm pacer Rubel Hossain’s replacement; whereas Mosaddek came in for Sabbir Rahman.

Bangladesh made these two changes against Afghanistan in their 7th match of the ICC World Cup, as earlier, Rubel Hossain and Sabbir Rahman failed to fulfill the expectation against Australia at Trent Bridge in Nottingham on Thursday.

Sabbir Rahman replaced Mosaddek in Bangladesh’s last game but couldn’t prove his worth after missing a catch of David Warner which later helped him to bludgeon Bangladesh to smash 146 ball-166. He also missed a run-our chance of Usman Khawaja who scored 89 and later Sabbir was dismissed with first ball-duck to complete a horror game.

Saifuddin, a right-arm pacer all-rounder, was suffering from a back injury he sustained months ago. He had to take painkiller injection before playing the first match of Bangladesh in the World Cup. He played the other matches in the World Cup so far managing the injury except the 6th match against Australia.

Mosaddek was also ruled out of the squad due right shoulder injury, which he got in the match against West Indies that Bangladesh won by seven wickets.

Both Saifuddin and Mosaddek were in good forms before the suffered injuries. Now it’s time to prove their worth against Afghanistan at the Rose Bowl today.