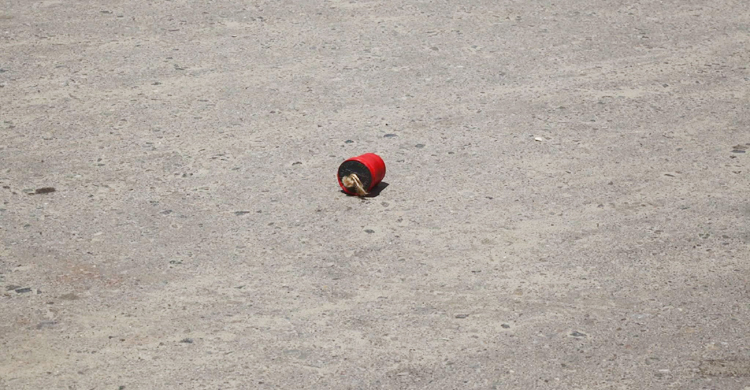 At least five cocktails were blasted in front of BNP's Nayapaltan central office on Monday afternoon.

Some unidentified people blasted the cocktails around 1:00pm.

No injuries were reported in the incident.

Details of the incident however could not be known immediately.

Earlier, a group of Jatiyatabadi Chhatra Dal (JCD) leaders and activists demonstrated in front of BNP's Nayapaltan central office demanding withdrawal of the expulsion order and removal of age limit to join its new committee.

The expelled leaders led their supporters in a procession from Kakrail and assembled near the party’s front gates around 11:30am this morning.