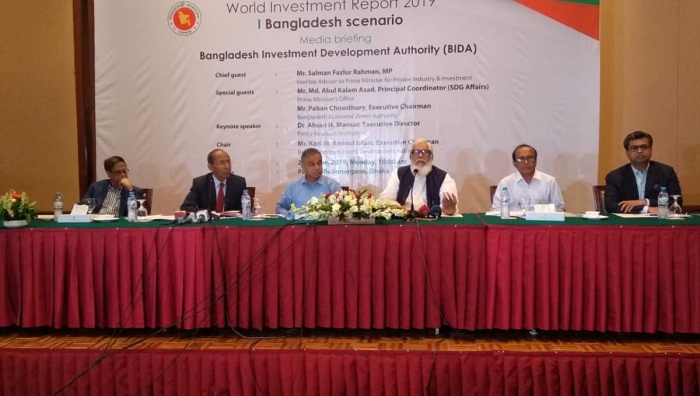 Foreign Direct Investment (FDI) in Bangladesh rose by 68 percent to $3,613.3 million in 2018 from $2151.6 million in the previous year, according to the United Nations Conference on Trade and Development (Unctad) world investment Report 2019.

Bangladesh was on the top position in FDI inflow among South Asian countries while Nepal remained in the second position in 2018, the report said.

The information was disclosed at a media briefing organised by Bangladesh Investment Development Authority (BIDA) on Monday at a hotel in the city.