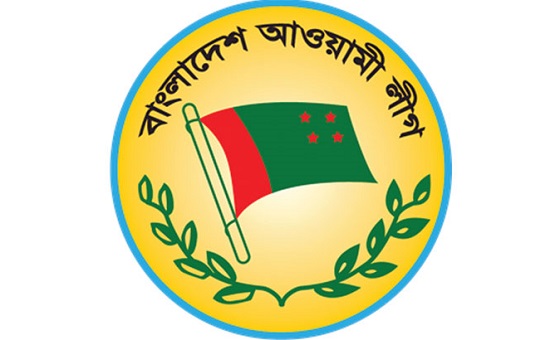 In my earlier write-up, I expressed my profound trepidation about the imminent disquiets of infiltration in AL. The issue again drew my attention when I observed the AL general secretary expressing his stern distress on this issue by averring that the future of party would not be very pleasant if they fail to respect their devoted followers and leaders. It is good that the issue has got momentum while it is being discussed among the party leaders. The Prime Minister has also expressed her deep concern on the issue of infiltration in the party. Along with infiltration, the government requires to remain careful in dealing with the issue of appointing party men in different position as this has started creating a sense of deprivation among the dedicated party supporter. In this write-up, an attempt is made to identify a number of issues in relation to politics and governance of the ruling party.

AL has started their third consecutive terms in power in January 2019 under the leadership of Sheikh Hasina as Prime Minister. The government has carried out mammoth development activities in the country in the last ten years. But, unfortunately, the party has not paid enough attention to the organisational structure of the party at the local level. Thus, there is a wave of infiltration of the opposition supports in the party. The situation has reached such a level that could become a threat to the ruling party. The tempo of infiltration has got momentum as the ruling party leaders have been welcoming anybody without considering their commitment and intention. The party leaders have been accepting them in an attempt to reinforce their own support base at the local level instead of considering the interest of the party. After joining the party these supporters and leaders start exploiting the dedicated supporters of the party. They are also availing different types of benefits and getting involved in different types of corrupt and illegal activities. As a result, committed supporters of the party are becoming droopy toward the activities of the party.

Along with the local leadership, the government cannot repudiate the responsibility of flagging the party structure as they are, in many occasions, not considering the contribution of an individual to the party while placing him/her in different profitable positions of the state. Newcomers or novices instead of dedicated leaders are getting appointment in many important positions. Moreover, the government has failed to ensure equality while picking candidates for diverse positions. The most worrying fact is that the same persons are availing the same benefits for a number of times. In this way, the fervent supporters and activists of the party are becoming apathetic. Moreover, the role of diverse syndicatesat the central level has also drawn the attention of the countrymen.

Professional bodies are living through the same experience. A perception has been strongly entrenched among the countrymen that a syndicate is persuading the appointment of heads of the educational institutes like other professional bodies. There is another tendency that the same people are getting appointed in diverse positions several times. Thus, other dynamic party activists are becoming apathetic and reluctant to remain involved in political activities of the party. Even the contribution of someone is not getting considered while making a decision. This will lead to the creation of a vacuum in the position of leadership in different professional bodies in the years ahead.

The flip-flop in decision making as regards to the observance of Eid-ul-Fitr created serious disgruntlement among the citizens. At the age of the digital divide, the quandary in making a decision about the date of the biggest festival of the majority of people of the country indicates the incapacity of the authority. There is a perception among the countrymen that the appropriate authority changed the decision to observe the Eid-ul-Fitr on the 5th of June lately only after the intervention of the Prime Minister. Very recently, the Honourable High Court has also expressed their profound anxiety about the overdependence on the Prime Minister for every action.

Like the administrative positions, the leadership positions within the party, particularly at the lower level, needs to be rotated within the eligible candidates. There is a tendency among the Member of Parliament that they want their trustworthy people to occupy different political position at the local level so that they could pass their time without any exertion which is not good for the future of the party. Regrettably, this is the reality of AL politics throughout the country. The individualist approach of the local level leaders will weaken the strength of the party day by day. Thus, the central party leadership and the Prime Minister should consider these issues from a holistic perspective. Otherwise, the party would not receive the support of the lower level supporters during their need.

The party should take a lesson from the experience of BNP that also faced the similar realities due to the infiltration of a group of people in their party who always want to remain as the supporters of the ruling party. During their tenure, the domination or oppression of the newly transformed BNP leaders outscored the dedicated and long-time supporters of the party in every matter. This is why the party has been failing to mobilise their supporters to get involved in any movement either to oust the government or to bring Begum Zia out of imprisonment. Thus, taking these realities into considerations, the AL leadership should consider these issues seriously and take the necessary initiatives at the quickest possible time before it is too late to respond.

The writer is a Professor of Public Administration and an Additional Directors of the Institutional Quality Assurance Cell (IQAC) at the University of Rajshahi.