Rarang to be staged at Experimental Theatre Hall on Tuesday 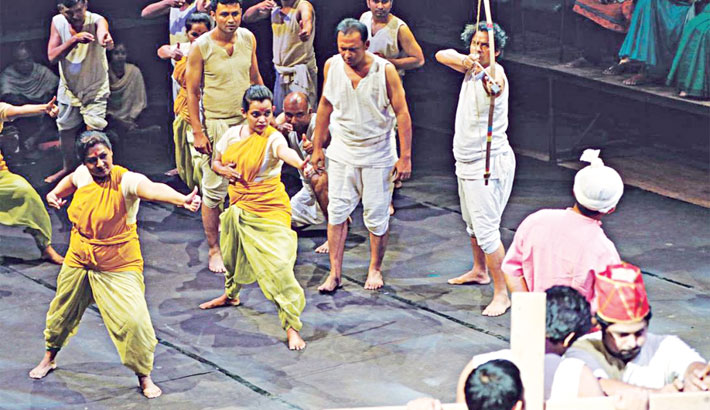 Popular theatre troupe of the country Aranyak Natyadal’s much-acclaimed production Rarang (The Distant Drum) will be staged at the Experimental Theatre Hall of Bangladesh Shilpakala Academy tomorrow at 07:00pm.

Written and directed by Mamunur Rashid, the play depicts the struggle of Santal community against feudalism and religious racism during the British Raj.

Rarang, a Santal word meaning, a call to rise, highlights the life of great Santal leader Alfred Soren who died a valiant death.

The play alludes to the Santal Revolt in 1855 against the British colonial power and corrupt Zamindari system.

The play, focusing on the simple social structures of the Santals, also touches some burning social issues of that time, including remarriage of widows, ignorance and others.

The play is credited with the performances of popular theatre activists, including Tomalika Karmakar and Chanchal Chowdhury and Mamunur Rashid himself.