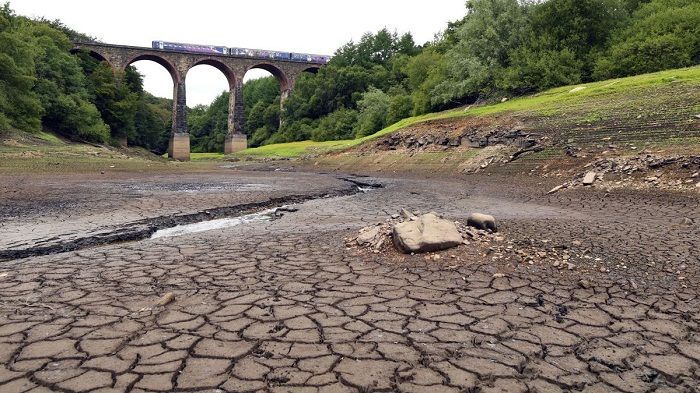 If you think it's hot now, you haven't seen anything yet. A new study predicts that parts of the world will "smash" temperature records every year in the coming century due to climate change, "pushing ecosystems and communities beyond their ability to cope", reports CNN.

The scientists who authored the study, published in the journal Nature Climate Change on Monday, used 22 climate models to game out exactly how hot these summer temperatures would be. They determined that by the end of the 21st century, future temperature events "will be so extreme that they will not have been experienced previously."

Researchers conclude that high monthly mean temperature records will be set in 58% of the world every year. Developing countries and small islands will experience the greatest impact.

They predict 67% of the least developed countries and 68% of small island developing states will see the highest monthly mean temperature records.

The world is already seeing record setting temperatures and while warming hasn't been uniform, earlier studies have shown that the planet has been in a warming trend, generally.

Since 1901, the Earth's surface temperature has gone up by 1.3-1.6 degrees Fahrenheit, or 0.7-0.9 degrees Celsius, per century, according to the National Oceanic and Atmospheric Administration. The surface temperature nearly doubled 2.7-3.2 degrees Fahrenheit, or 1.5-1.8 degrees Celsius, since 1975, with the 10 warmest years on record occurring after 1998.

Heat waves will be deadly. Heat stroke, breathing issues, heart attacks, asthma attacks, kidney problems are all a big concern for people when the temperatures increase, according to the US Centers for Disease Control and Prevention.

In 2014, the World Health Organization predicted 250,000 more people will die annually between 2030 and 2050 due to climate change. More recent studies predict that this is a "conservative estimate."

If, however, countries meet goals of limiting global temperature rise less than 2 degrees Celsius, as set out in the Paris agreement, that scenario would be much less likely.