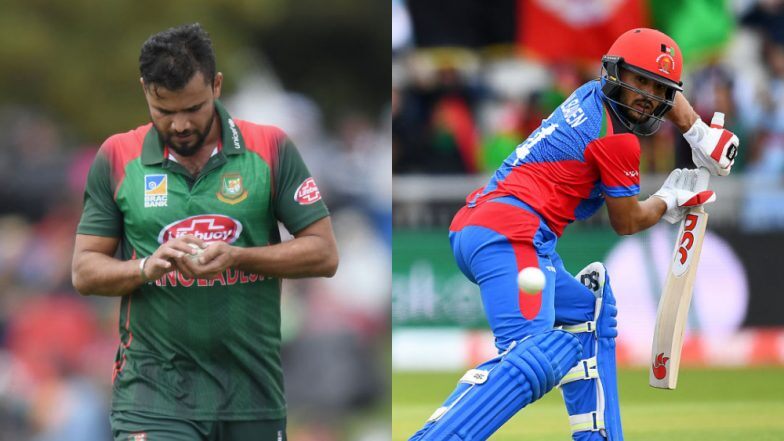 With a renewed confidence, Bangladesh is set to launch their World Cup semifinal mission afresh by taking on a spirited Afghanistan at the Rose Bowl in Southampton on Monday.

The Tigers’ prospect to reach the last four race looked bleak following their 48-run defeat at the hands of might Australia on last Thursday.

With the World Cup being wide open after Sri Lanka’s stunning victory over tournament favourites England, Bangladesh saw a hope again based on the condition that they would have to win their rest of the three matches.

Bangladesh captain Mashrafe Bin Mortaza termed it as second lifeline in a bid to keep their semifinal hopes alive and urged the teammates to make it count.

The captain wants the team to begin the mission once again by securing a victory over Afghanistan at first.

Mashrafe’s side will take on India on July 2 and Pakistan on July 5, after their match against Afghanistan. But the spirited show that Afghanistan put up against India is enough to leave Bangladesh in worried state.

More worrying factor is that Bangladesh will take on Afghanistan at the same ground where India’s much-vaunted batting line up crumbled against Afghanistan’s three-prong spin attack, consisted with Rashid Khan, Mujeeb Ur Rahman and Mohammad Nabi.

They restricted India to 224-8 in 50 overs but denied by a memorable victory as Indian pacers came up with a sterling performance with Jasprit Bumrah and Mohammed Shami to the fore.

Shami scalped 4-40, including a hat-trick while Bumrah finished with 2-38 to help the side bundle Afghanistan for 213 in 49.5 overs and scripted a thrilling 13-run victory.

But such sort of defeat against a side, full with world class batsmen and bowlers, would be confidence booster for Afghanistan, admitted Mashrafe Bin Mortaza. “There is no way to take them lightly. They proved they can be dangerous on their day and so we have to come up with our best,” he said.

Bangladesh actually have no reason to underestimate Afghanistan even though they held the advantage in face-to-face battle, winning four and losing three in seven encounters.

The Tigers also crushed Afghanistan by 105 runs in 2015 World Cup, hosted jointly by Australia-New Zealand, their only meeting in the cricket’s biggest extravaganza so far. But in the last Asia Cup held at Dubai in 2018, Bangladesh tasted a humiliating 136-run defeat to Afghans, before sealing a narrow three-run victory in return-leg match.

Bangladesh also lost a match to Afghanistan in Asia Cup in 2014 at their home soil. As far as the multinational tournament including World Cup is concerned, they faced off each other four times and the result locked at 2-2. So the stat suggested Afghans were never a pushover for Bangladesh.

But the Tigers still should be absolutely favourite in this World Cup match, given their performance, cricket culture and history. While Afghanistan have no performance of worth apart from the match against India, Bangladesh had already beat two top teams in South Africa and West Indies.

They tasted a narrow (two wicket) defeat to New Zealand and put up huge fight in pursuit of 382-run target against Australia before going down by 48 runs. Only match in which they were hapless was against England, losing the game by 106 runs.

It is widely believed Bangladesh also could beat Sri Lanka had the game not washed out due to rain. Bangladesh also have the batsmen in form like Shakib Al Hasan, Mushfiqur Rahim who already scored three centuries between them.

Shakib Al Hasan’s four match fifty-plus score streak (including two straight centuries) came to an end against Australia when he was out on 41. Mushfiqur Rahim blasted a 97 ball-102 not against Australia.

For Tigers, the good news is that opener Tamim Iqbal and middle order batsman Mahmudullah Riyad also found their form, hitting half-century each against Australia. Only thing that could make them worried to some extent their fast bowlers performance. Bangladesh felt the absence Mohammad Saifuddin badly in the match against Australia as they conceded 136 runs in last 10 overs.

Saifuddin however remained uncertain for the match against Afghanistan as he is yet to recover from his side strain but Mosaddek Hossain Saikat who was also ruled out against Australia with shoulder injury is in line to return to the fold.

Sabbir Rahman who missed a catch of Warner, a run-out chance of Usman Khawaja and got out with first ball-duck against Australia is but sure to be axed to pave the way for Mosaddek.