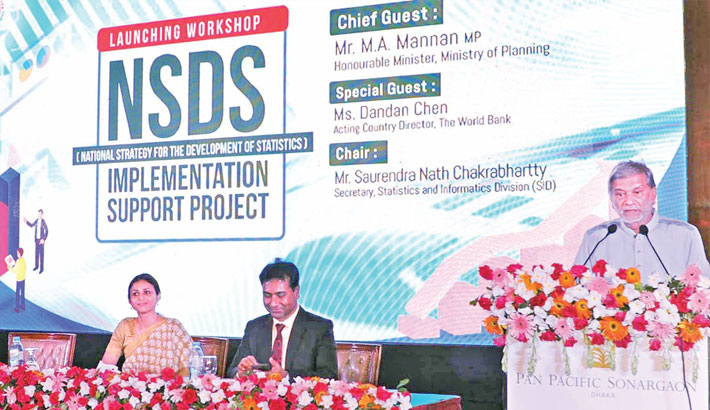 Planning Minister MA Mannan speaks at a workshop on ‘NSDS Implementation Support Project’ at a hotel in the capital on Sunday. World Bank Acting Country Director Dandan Chen was present on the occasion. 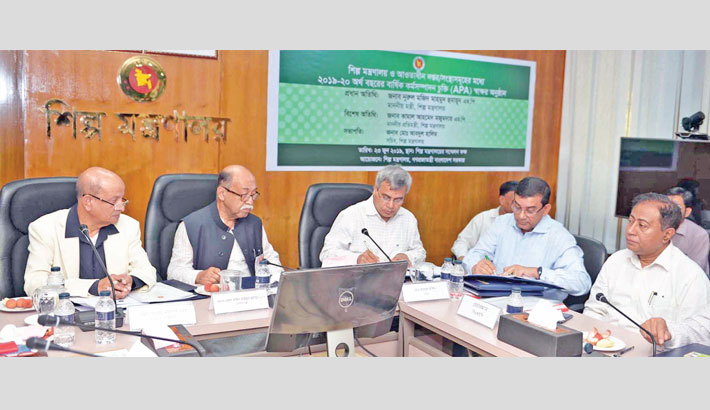 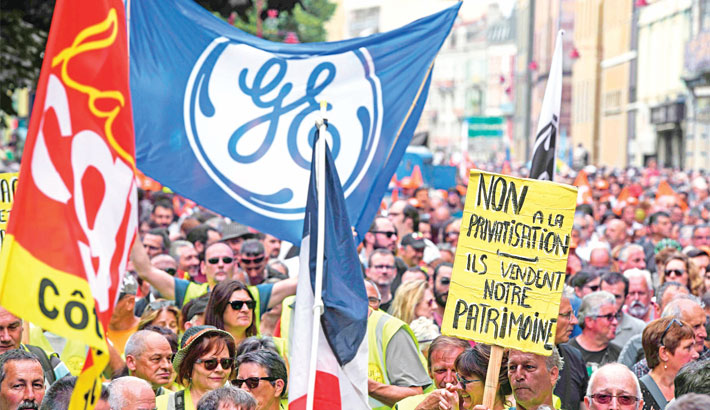 Demonstrator hold flags and a banner reading "No to privatization - they are steeling our heritage" during a demonstration held to support the employees of US giant General Electric (GE) Belfort, eastern France, in belfort on Saturday. US giant General Electric (GE) has announced recently, his desire to eliminate more than 1,000 positions in France, including 792 in the Belfort entity that produces gas turbines and 252 in other entities dedicated to "support functions. 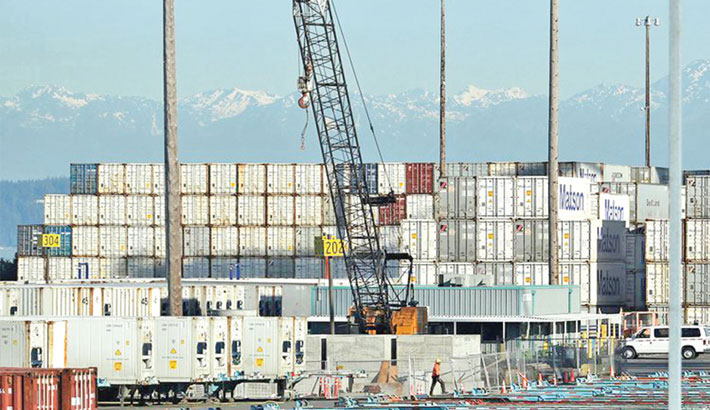 A worker walks near truck trailers and cargo containers at the Port of Tacoma in Tacoma, Washington. If the United States does impose tariffs on another $300 billion worth of Chinese goods, it would cost US consumers $12.2 billion more for apparel, footwear, toys and household appliances each year, the National Retail Federation (NRF) said on Friday. 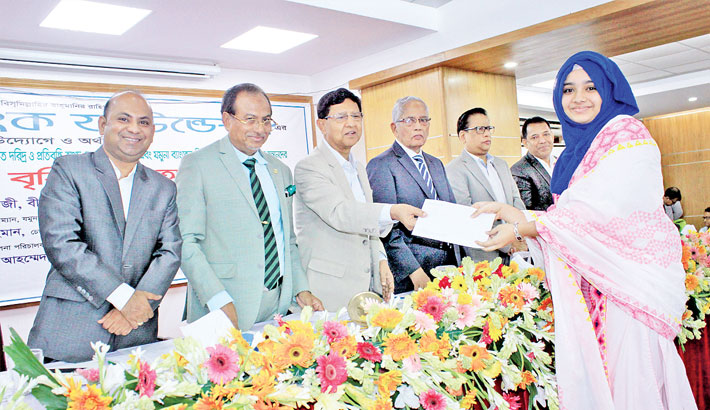 Textile and Jute Minister Golam Dastagir Gazi hands over a scholarship certificate to a girl student at IDEB at Kakrail in the capital recently. Jamuna Bank organised the scholarship distribution programme. 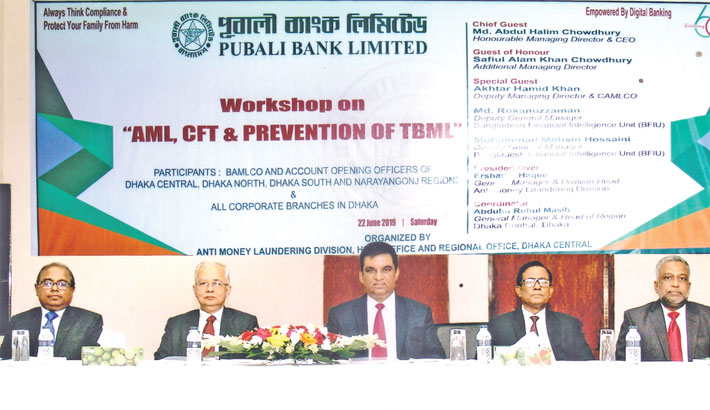 Pubali Bank Managing Director and CEO Md Abdul Halim Chowdhury is seen at a training course on ‘AML, CFT and Prevention of Trade Based Money Laundering (TBML)’ at head office auditorium of the bank recently. 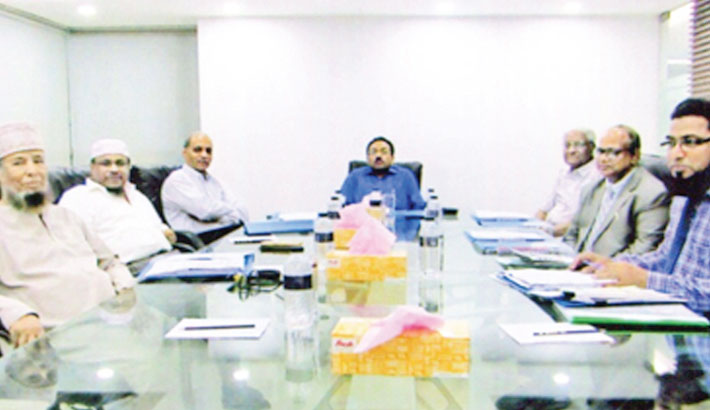 Islami Commercial Insurance Company Chief Adviser Md Anowar Hossain presides over the 128th meeting of the board of directors of the company at company’s head office in the capital recently. 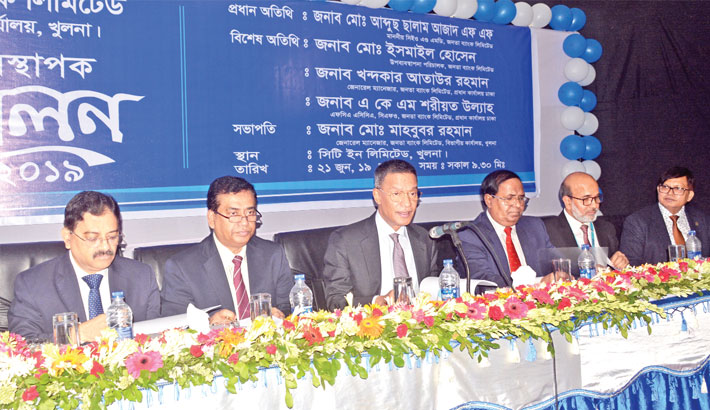 Janata Bank CEO and Managing Director Md Abdus Salam Azad speaks at the branch managers conference of Khulna division of the bank at the City Inn Hotel of Khulna on Friday. 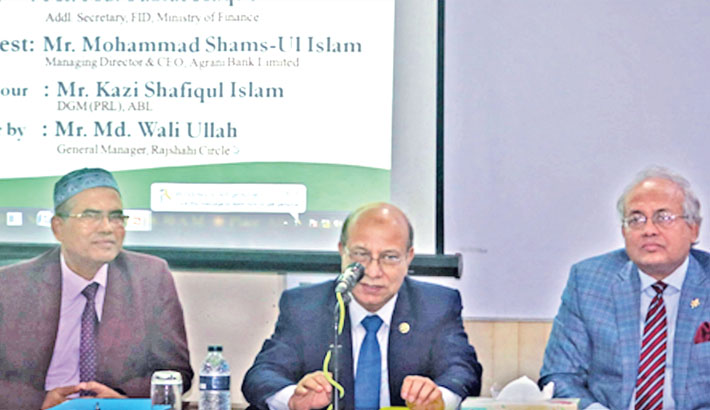