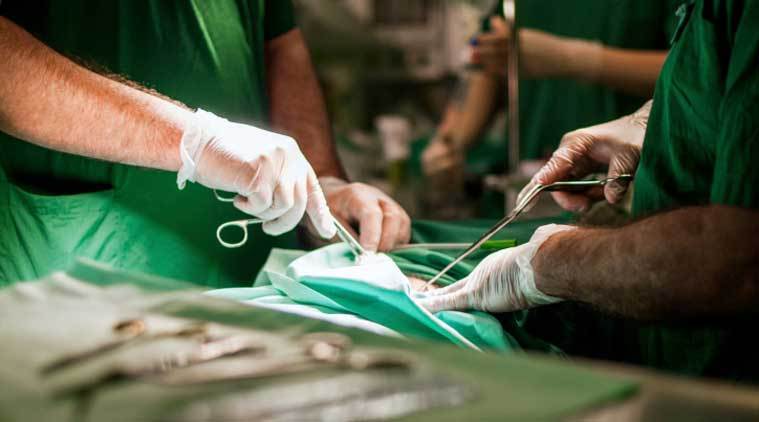 A team of five doctors of New Civil Hospital (NCH) in Surat of India successfully took out an eight-feet iron rod from the abdomen of a five-year-old girl who got injured after falling from the first floor of an under-construction building at Vesu on Friday evening.

Sharmila Ravat, daughter of a construction labourer, is stable after the two-and-a-half-hour operation at the hospital, said a doctor.

On Friday evening, the victim was playing on the first floor, while her parents were busy at their jobs. Ravat fell down from the first floor and the iron rod pierced her abdomen. Hearing her cry, her father Surang Rawat, with his wife and other laborers, came down and somehow managed to cut the iron rod that was inserted in the ground.

Soon, local residents also gathered at the spot. On advice of one Dr Mayur Jarak, who is an assistant professor in the pathology department in the New Civil Hospital, the labourers shifted the minor there through a 108 ambulance.

Dr Jarak called Gujarat Nursing Association president Ikbal Kadiwala and Dr Sandeep Kanchal, professor with the surgery department in NCH, and informed them about the incident.

Dr Kanchal said when she was brought to the hospital, she was in a critical condition.

“Now she is stable. She was brought to the hospital on time, otherwise it would have been dangerous. We have kept her under observation for three days,” said the doctor.

He added her small intestine was damaged. “Some of the blood vessels were also damaged. We have repaired all of them.”

Sources said that no police complaint had been lodged in this connection.