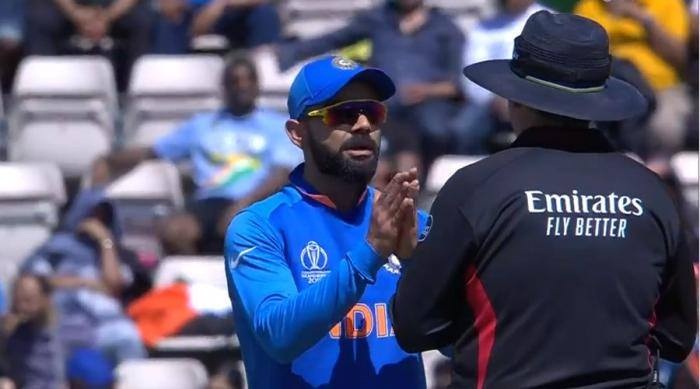 The International Cricket Council (ICC) has announced that Indian captain Virat Kohli was fined 25 per cent of his match fee for excessive appealing in Saturday’s tense World Cup contest against Afghanistan.

Afghanistan eventually fell 11 runs short of a major upset after restricting India to 224-8 in the low-scoring contest and the two-time champions survived a scare and unbeaten status.

India were desperate for a breakthrough when Jasprit Bumrah struck Rahmat Shah on the pad and Kohli looked unhappy after the leg-before appeal was turned down.

“Saturday’s incident occurred in the 29th over of the Afghanistan innings, when Kohli advanced towards umpire Aleem Dar in an aggressive manner when appealing an lbw decision,” the governing body said in a statement.

The India captain was found to have breached the ICC code of conduct article relating to excessive appealing during an international match.

“Kohli admitted the offence and accepted the sanction proposed by match referee Chris Broad … and as such, there was no need for a formal hearing,” the ICC added.