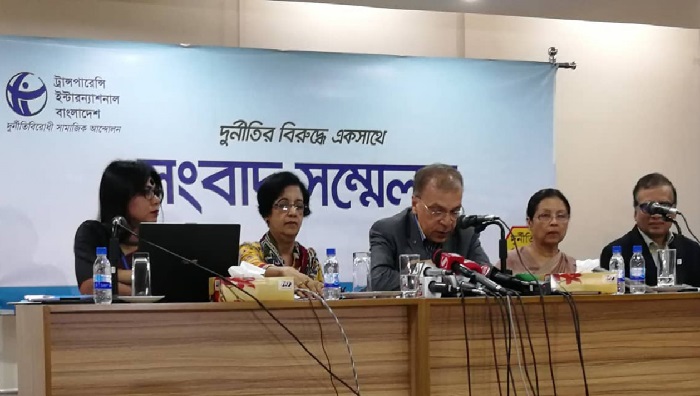 There is no evident advancement in the scenario of corruption, though government officials’ salary and allowance increased, Transparency International Bangladesh (TIB) said on Sunday.

The observation came at a press briefing in TIB media centre in the city’s Dhanmondi area today.

“Though the government has increased salary and allowances, it apparently fails to curb corruption of government officials,” TIB study suggested.

TIB disclosed its research titled ‘Integrity in Public Administration: Policy and Practice’ during the briefing.

The report highlighted information regarding the appointment in the public administration, promotion, OSD (Officer on Special Duty) and contractual setting.

TIB executive director Iftekharuzzaman said the condition of good governance in public administration is mixed to some extent. Some remarkable progress has been made in few arenas.

Criticising a section of on the arrest of the Government Employees Act, he said, “This (The section) will hinder the path of curbing corruption of government officials.”

He also demanded amendment of the act in his speech.

On September 7, 2015, the cabinet approved the eighth national pay scale effective from July that year, and it has been implemented in al-most all government offices and corporations.

Since the pay scale was implemented, government officials and staff have been enjoying lucrative salary and allowance.

One of the purposes of the pay scale was to reduce corruption of government officials.