Mark Esper takes over at Pentagon as tensions with Iran flare 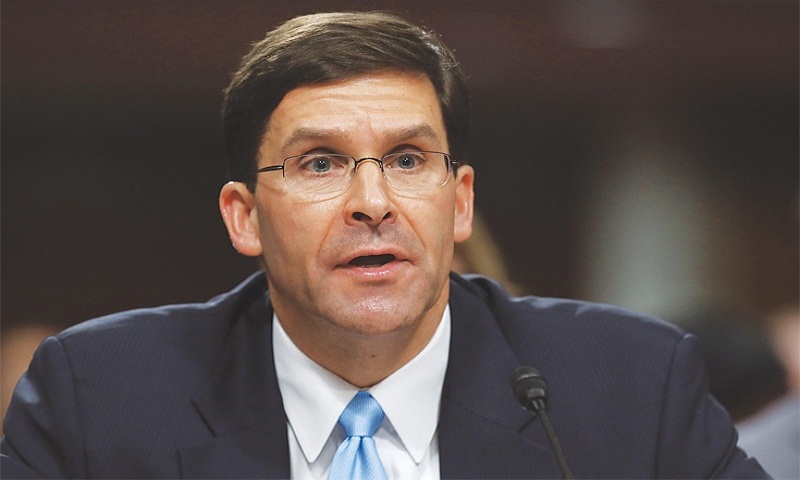 Trump’s new pick for Pentagon chief Mark Esper takes over as acting defence secretary on Monday — and will quickly find himself in the hot seat on everything from tensions with Iran to Washington’s position within Nato.

Esper, the secretary of the US Army who served in its much-heralded 101st Airborne Division, will bring the soldiering experience to the Depart­ment of Defence that former acting chief Patrick Shanahan lacked.

But his years of work as a lobbyist for defence firm Raytheon may spark concerns on Capitol Hill about the awarding of weapons contracts — an issue that also plagued Shanahan because of his ties to Boeing.

President Donald Trump on Friday formally nominated the 55-year-old Esper, three days after Shanahan withdrew his name from consideration after past episodes of family domestic violence resurfaced during his background check.