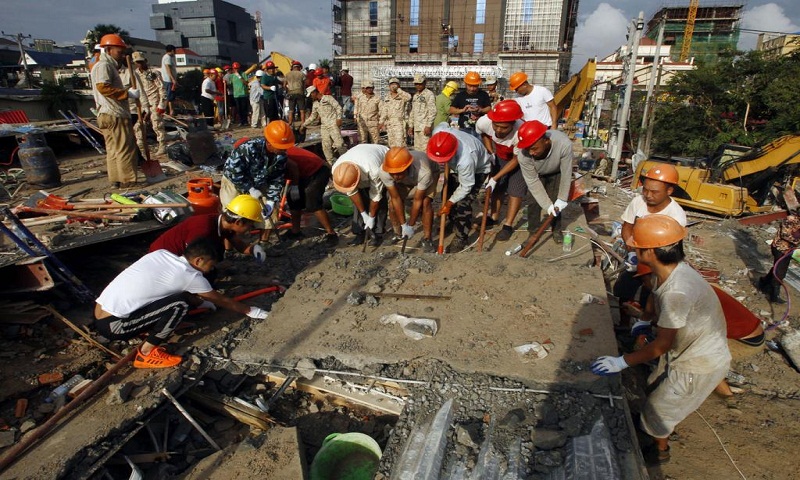 A seven-storey building has collapsed in Cambodia, killing at least 18 people with others reported missing, officials say.

At least 24 people have been injured - several critically - as the search for survivors continues.

The building under construction in the coastal city of Sihanoukville was owned by a Chinese company.

In recent years, Sihanoukville has been transformed by the construction of Chinese hotels and casinos.

Four people have been arrested over the collapse, including the Chinese building owner, the head of the construction firm and the contractor. A Cambodian landowner has also been taken in for questioning.

Reports vary on the number of people missing as rescue efforts continue.

Three of the victims have been confirmed as Cambodian - two workers and a translator.

About 1,000 people contributed to a rescue effort which involved using saws to cut steel beams in order to move piles of rubble from the site.

Construction workers told the Associated Press that they were also living in the building.