Iran warns US attack would imperil interests across Mideast 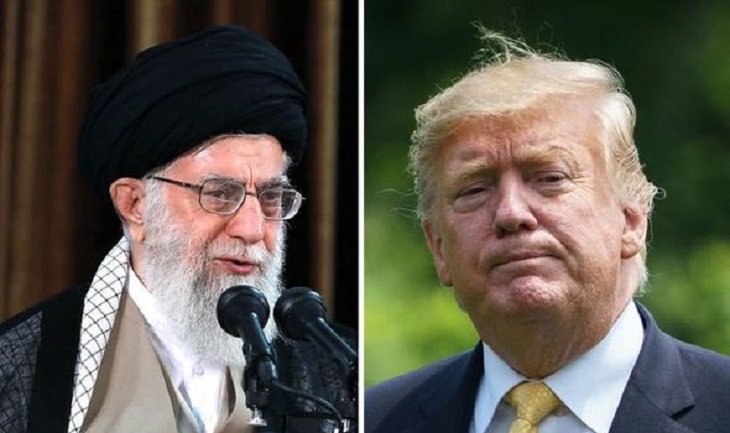 Tehran warned Washington Saturday that any attack would see its interests across the Middle East go up in flames after US President Donald Trump said he called off a strike at the 11th hour.

The aborted US military action was to have been in response to Iran's downing of a US reconnaissance drone, which has seen tensions between the two countries soar after a series of attacks on oil tankers the US has blamed on Iran.

"Firing one bullet towards Iran will set fire to the interests of America and its allies" in the region, armed forces general staff spokesman Brigadier General Abolfazl Shekarchi told the Tasnim news agency.

"If the enemy -- especially America and its allies in the region -- make the military mistake of shooting the powder keg on which America's interests lie, the region will be set on fire," Shekarchi warned.

President Donald Trump said Friday that the United States was "cocked & loaded" to strike Iran but pulled back at the last minute as it would not have been a "proportionate" response to Tehran's shooting down of an unmanned drone.

Under pressure to respond to the high-stakes incident near the strategic Strait of Hormuz, Trump said the US was prepared to hit "3 different sites" Thursday night but that he scrapped the strikes "10 minutes" before they were to have been launched.

"I asked, how many will die. 150 people, sir, was the answer from a General," the president tweeted, saying he concluded it would not have been "proportionate to shooting down an unmanned drone."

According to excerpts of an interview with NBC's "Meet the Press" conducted Friday morning at the White House, Trump said he had not given final approval to strikes against Iran, and that no planes were in the air.

He added that he did not want war with Iran, but if it came to pass, there would be "obliteration like you've never seen before."

The US president had struck a combative tone in initial comments Thursday about the downing of the Global Hawk surveillance aircraft, but as the pre-dawn incident whipped up fears of open conflict, Trump moved to dial back tensions.

Tehran insists that the drone violated its airspace -- something Washington denies -- but was prepared to accept on Friday that it might have done so by accident.

The drone could have entered Iran's airspace over a mistake by "a general or some operators," the commander of the Revolutionary Guards' aerospace arm, Brigadier General Amir Ali Hajizadeh told state news agency IRNA on Saturday.

"Nonetheless, this was an act of trampling international aviation laws by a spy aircraft, which met our natural response," Hajizadeh added.

The foreign ministry said it had summoned the charge d'affaires of the United Arab Emirates, from where the US drone launched, to protest against its decision to "put its installations at the disposal of foreign forces for aggression" against Iran.

Britain said it was sending Minister of State for the Middle East Andrew Murrison to Tehran for talks.

The US special representative on Iran, Brian Hook, accused Tehran of rejecting diplomatic overtures to deescalate the crisis, saying "Iran needs to meet diplomacy with diplomacy, not military force."

Iran's foreign ministry spokesman Abbas Mousavi retorted that US "diplomacy" towards Tehran was "years of #EconomicTerrorism & war, and violating commitments".

"Iranians will meet diplomacy with diplomacy, respect with respect and war with zealous defence," he said.

The US Federal Aviation Administration has barred American civilian aircraft from the area "until further notice," and major non-US airlines including British Airways, KLM, Lufthansa, Qantas, Emirates and Etihad said they too were altering flight paths to avoid the sensitive Strait of Hormuz.

The Pentagon says the Global Hawk drone -- one of the most expensive pieces of equipment in the US arsenal, costing over $120 million apiece -- was 34 kilometres (21 miles) from Iran when destroyed by a surface-to-air missile in an "unprovoked attack."

It published a map of the drone's flight path indicating it avoided Iranian waters, but Tehran provided its own map showing the aircraft inside its territory when it was downed by a domestically-manufactured Khordad 3 air defence battery.

The downing came with Iran already accused by Washington of carrying out attacks on tankers in the congested shipping lanes out of the Gulf.

Trump has repeatedly said he does not favour war with Iran unless it is to stop the country getting a nuclear weapon -- something Iranian leaders insist they are not pursuing.

But critics say his policy of "maximum pressure" -- including abandonment of an international deal to regulate Iran's nuclear activities, economic sanctions and deployment of extra troops to the region -- make war ever more likely.