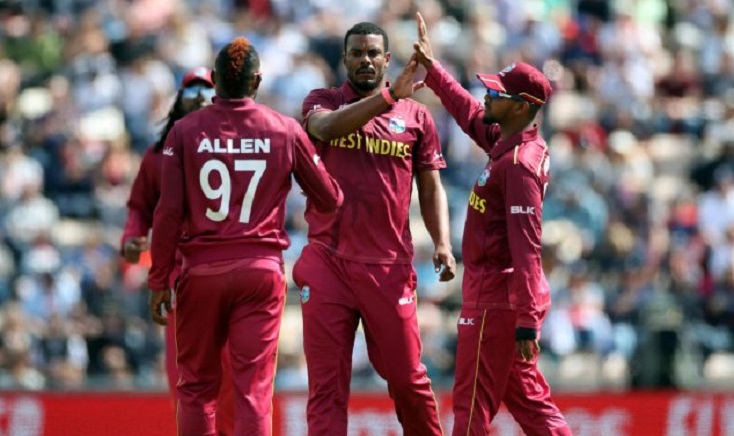 West Indies captain Jason Holder won the toss and decided to bowl as his side looked to revive their World Cup campaign against New Zealand at Old Trafford on Saturday.

West Indies made three changes from the side that suffered a seven-wicket defeat by Bangladesh in Taunton on Monday.

New Zealand -- who have fielded the same team throughout the tournament -- were unchanged from the side that beat South Africa by four wickets in a thrilling contest on Wednesday.

New Zealand, losing finalists in 2015, are currently second in the 10-team round-robin table and are on course to finish in the top four who will qualify for the semi-finals.

But the West Indies were seventh before the start of Saturday's matches.