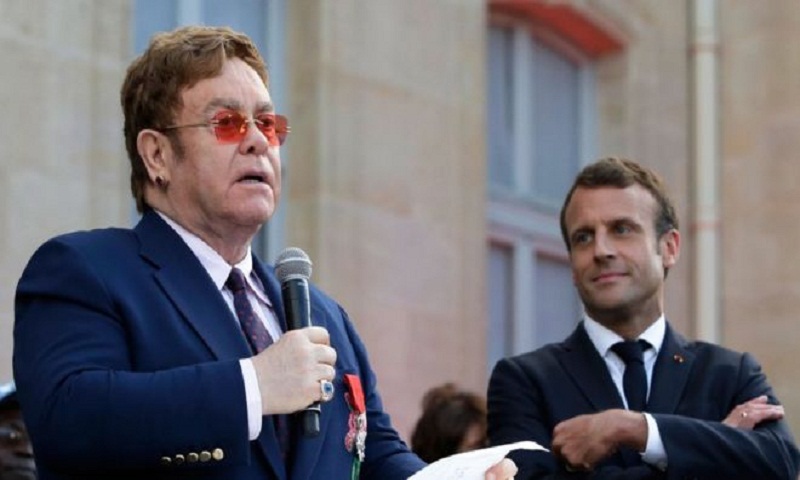 The British musician was presented with the award by President Emmanuel Macron during a ceremony at the Élysée Palace.

President Macron's office praised Sir Elton, 72, as a "melodic genius" and as one of the first gay artists to give a voice to the LGBT community.

He used his acceptance speech to promote his charity work.

The performer's charity, The Elton John Aids Foundation, has generated more than £310m for HIV prevention, education and support.

The honour comes a month after the release of the Rocketman biopic.

Sir Elton was in France as part of his farewell tour.

Last year the pop legend announced he would be giving up touring to spend more time with his family.

He said he would say goodbye to fans with a final world tour, Farewell Yellow Brick Road, which includes more than 300 concerts over five continents.