Trump nominates Mark Esper to be his new defence secretary 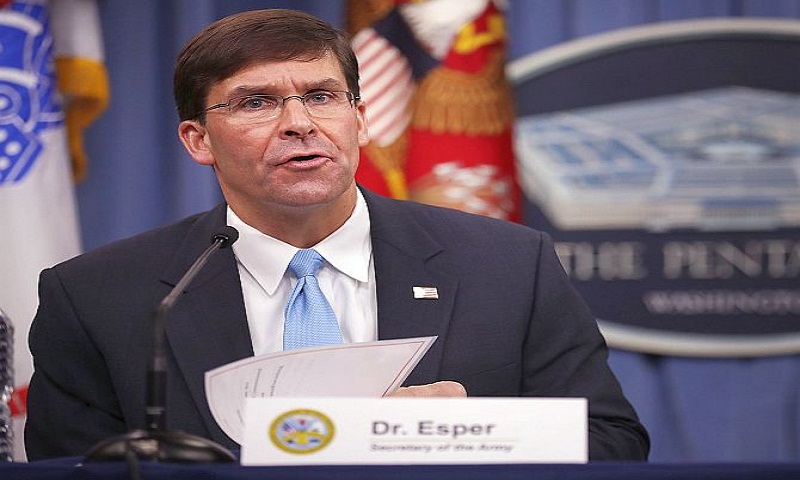 US President Donald Trump has nominated Mark Esper, an Army veteran, to be the next defence secretary, as the Pentagon faces a leadership vacuum amid a mounting confrontation with Iran.

The nomination of Esper, who is currently serving as the Secretary of the Army and previously served as a Vice President for Government Relations at the Raytheon Company, comes days after Patrick Shanahan withdrew his nomination from the top Pentagon position.

The US Senate needs to confirm his nomination before Esper can be sworn in as the Defence Secretary.

Esper began his career as an Infantry Officer in the 101st Airborne Division, serving with distinction in the first Gulf War. He later served on active duty in Europe and on the Army Staff in Washington, DC, before transitioning to the National Guard and retiring after 21 years of service, the White House said.

He was an airborne ranger and recipient of the Legion of Merit, Bronze Star, and Meritorious Service Medals, among other awards and qualifications.

He was also a professional staff member on the Senate Foreign Relations and House Armed Services Committees, and later a Deputy Assistant Secretary of Defence.

He is a graduate of the United States Military Academy, Harvard University John F Kennedy School of Government and George Washington University.

Trump also nominated David L Norquist to be Deputy Secretary of Defence and Ryan D McCarthy to be Secretary of the Army.