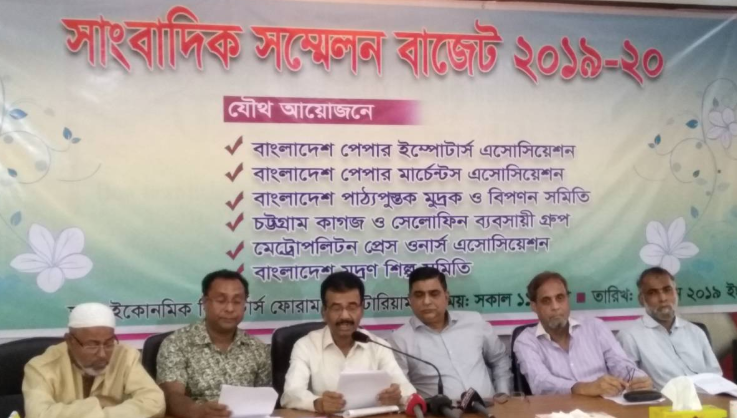 The paper importers of the country on Saturday urged the government to fix five percent import duty on raw materials of paper in the budget from the existing 25 percent to help the local industry flourish.

The demand was raised at a press conference at the Economic Reporters Forum (ERF) auditorium in the capital.

“We urge the government to fix the import duty at five percent from the existing 25 percent to help the local industry flourish,” Bharosa said. “This will encourage legal imports.”