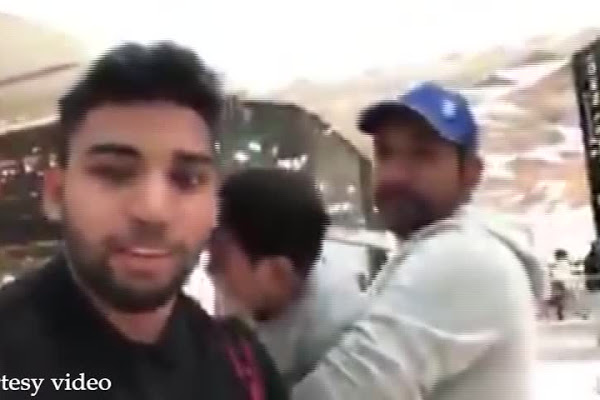 Pakistan skipper Sarfaraz Ahmed was harassed and heckled by a fan while he was visiting a mall in England with his family. As seen in a video which has become viral on social media, Sarfaraz was with his child at the time of the incident.

As seen in the video, Sarfaraz obliges an unidentified fan who seems to request him for a photo. However, the fan shoots a video instead of taking a photo. Sarfaraz begins to walk away from the fan but the fan chases after him, throwing obscenities at him.

“Why are you as fat as a pig? You have made Pakistan proud,” says the harasser.

Sarfaraz, carrying his child in his arms, does not react and walks away.

The incident has drawn criticism from cricket fans from all across the world.

Pakistan will play their next match against South Africa in London on Sunday.

Pakistan cricket is in disarray at the moment. Having reached the midway stage of the league stage, Pakistan find themselves at ninth position on the points table, with only Afghanistan below them.