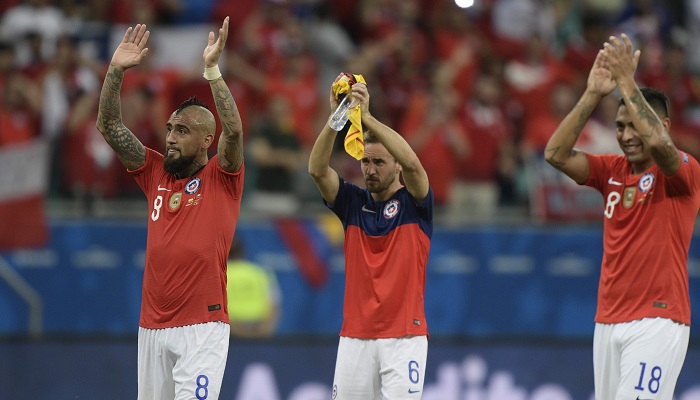 Despite another ankle injury, Alexis Sanchez led Chile to the quarterfinals of the Copa America.

Playing in pain after getting hurt in the first half; Sanchez scored a second-half winner to give Chile a 2-1 victory over Ecuador and a spot in the last eight of the South American competition on early Saturday.

The worst game of the 2019 Copa America ended with good news for Barcelona’s Arturo Vidal and Chile, who defeated Ecuador 2-1 to reach six points from two games and clinch a place in the quarterfinals. The match was bad from start to finish, but La Roja scored in key moments despite a very poor performance and got the win.

Chile made a bright start to the game, sending bodies forward and using the ball well to create chances. They got an early goal through José Fuenzalida, and they looked hungry and ready to win.

But Ecuador showed a lot of fight and managed to slow down the pace of the match through tactical fouls and timewasting, and slowly but surely they got hold of possession and looked dangerous in the attack.

They also got a goal after Chile goalkeeper Arias made a rash challenge on Méndez inside the box, and Enner Valencia easily converted from the spot to score a deserved equalizer. From the moment they scored until the end of the half Ecuador were the better team, while Chile had a lot of trouble getting out of their own half and just waited for the final whistle to try and regroup.

At halftime, an impressive Ecuador brought the fight to the Chileans, who needed to find some answers at the break to get the victory.

Whatever the halftime talk was it worked for Chile, who came in pressing high up the pitch and causing Ecuador to make mistakes at the back. They also scored a goal thanks to a beautiful volley by Alexis Sánchez, and La Roja was back in business.

Ecuador continued to attack and try to find an equalizer, but their lack of attacking talent showed and Chile were content to just stay solid at the back and try to kill the game on the counter.

There wasn’t much action in the final moments of the game except from a straight red card given to Gabriel Achilier for an intentional elbow to Vidal’s head, and the last whistle finally came to end a poor match.

The only thing that matters for Chile is qualification, and now it’s about clinching first place in what should be an awesome group stage closer against Uruguay. Hopefully that game is going to be much better than this one.