Ebtedayee madrasas to get MPO facilities 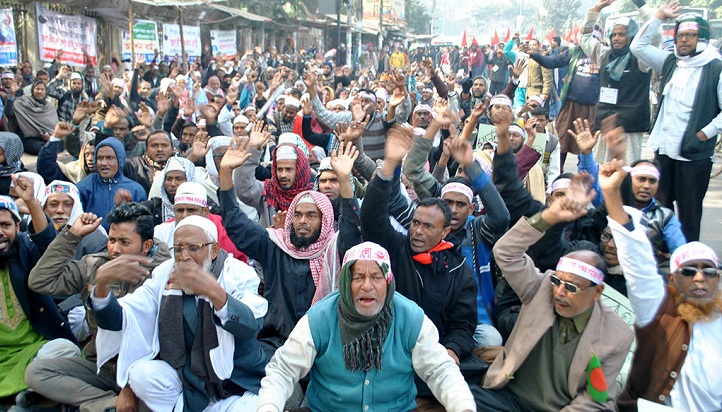 The government is going to enlist Ebtedayee Madrasa teachers under the Monthly payment order (MPO) system.

Prime Minister Sheikh Hasina on June 12 approved a proposal of education ministry regarding the MPO facilities for the teachers of the independent Ebtedayee Madrasas.

After the approval, the education ministry will now start a process to enlist the Ebtedayee madrasa under the MPO system.

Earlier, technical and Madrasa education division of Education Ministry sent a summary signed by Education Minister, Deputy Education minister and secretary of the division to the Prime Minister Officer on May 9 seeking her approval.

According to the summary submitted to the prime minister, the education ministry proposed Tk 14,000 monthly salary for each head teacher of an Ebtedayee Madsara.  They will also get Tk 2,500 as Boishakhi allowance and Tk 6,250 as festival allowances.

Meanwhile, each of the junior teacher, junior Moluvi and Kawri will get Tk 10,800 as monthly salary including Tk 1500 as house rent and medical allowance. They will also get Tk 1,860 as Boishakhi allowance and Tk 4,650 as two festivals allowances.

Nearly Tk 311 crore will be required yearly for giving MPO to the 4,312 independent Ebtedayee madrasas, said the education ministry’s proposal.

Currently, 4,312 Independent Ebtedayee madrasas are operating across the country. Of those, teachers of 1,519 madrasas are getting a small amount of monthly grants from the government. Head of Ebtedayee is getting only Tk 2,500 and junior teacher and Moluvi Tk 2,300 monthly.

But out of the 4,312 institutions, 2,793 others Ebtedayee madrasas are not getting any kinds of allowance form the government.

Md Abdul Wahab, an assistant teacher of Paskahoni Swatantro Ebtedayee Madrasah in Netrokona, said: “I joined the institution in 1984 but I along with four others teachers of the madrasa are not getting any kinds of salary or allowance from the government.”

Kamal Mojumder, another teacher of Charkolakopa Azadpur Mohammadia Swatantro Ebtedayee madrasa in Laxmipur Sadar,  said the madrasa received reorganization from the government in 1984 but none of the teachers is getting any salary and allowance.

There are over 300 students at the institution; he said, adding that “Life is difficult for us due to financial hardship.”

Earlier, the independent Ebtedayee madrasa teachers organised a set of programmes, including hunger strike in the last two years to press home their demands for nationalisation of their institutions.

They observed a hunger strike from January 1 to 16 last year and called off their demonstrations following a government assurance that their demands would be fulfilled.

They also submitted a memorandum to the Prime Minister. After that, the government began working for bringing the Ebtedayee madrasa teachers under the MPO facilities, ministry sources said.

Earlier, the prime minister also approved a policy in 2018 regarding the setup, reorganization, management, manpower structure and salary, allowance of the independent Ebtedayee madrasa.

On the other hand, the education ministry also proposed the prime minister for approval to give MPO facilities to the 551 madrasas and 445 technical educational institutions those qualified for the MPO after scrutinizing.

Deputy Minister for Education Mohibul Hassan Chowdhury Nowfel said a big amount of money will be needed of the government to enlist the Ebtedayee madrasas under the MPO facilities. “We will take a decision after holding a meeting soon about the process to enlist the institutions under the monthly salary system,” he said.