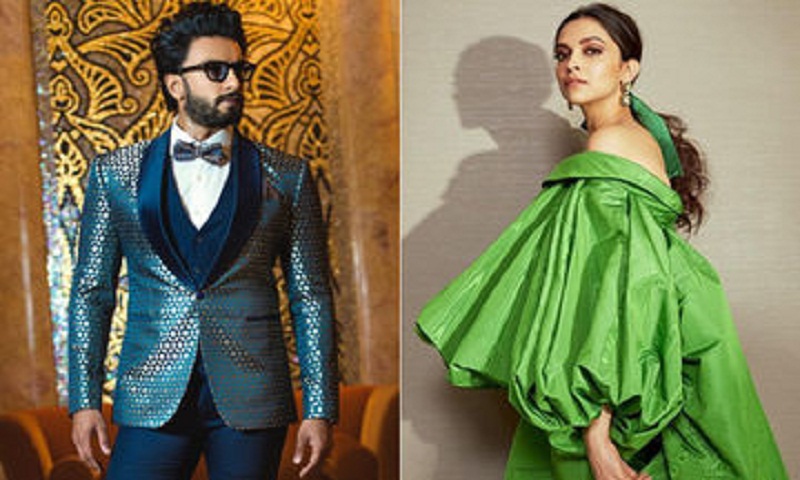 After making an appearance at the recently held Grazia Millennial Awards 2019 in a striking green dress, Deepika Padukone has now impressed her husband and actor Ranveer Singh with her caption, written in Hindi, that she wrote on Instagram alongside a picture.

Deepika shared a picture of herself wearing the green dress and wrote, “Vishisht aakriti dharan karna (to take on a special shape) wearing @ashishstudio.” Ranveer was quick to respond, “Shuddh desi caption.” Deepika had a better reply. She wrote: “More like shuddh desi dil.”

She also shared another picture of the same dress and wrote, “A tad bit too late for world environment day!” Deepika was awarded the Millennial of the Year 2019 at the Grazia Millennial Award 2019 that were held in Mumbai Wednesday night.

She recently wrapped up the shoot of Meghna Gulzar’s Chhapaak where she plays an acid attack survivor. The film also stars Vikrant Massey and is slated for release on January 10, 2020. She has now joined Ranveer to shoot her part in his upcoming film ’83 in London.

Ranveer was last seen in the hit Gully Boy and has been working on Kabir Khan’s ’83 for some time now. He plays Kapil Dev in the film, which is based on the unexpected victory of the Indian Cricket team in the 1983 World Cup. Deepika plays Kapil’s wife Romi.

Later this year, Ranveer will work on Karan Johar’s next directorial, Takht – a film which will feature a host of stars including Janhvi Kapoor, Alia Bhatt, Kareena Kapoor, Anil Kapoor, Vicky Kaushal and Bhumi Pednekar. Takht is the story of the war of succession between Shah Jahan’s sons — Dara Shukoh and Aurangzeb — who were the main contenders for their father’s throne, reports HT.