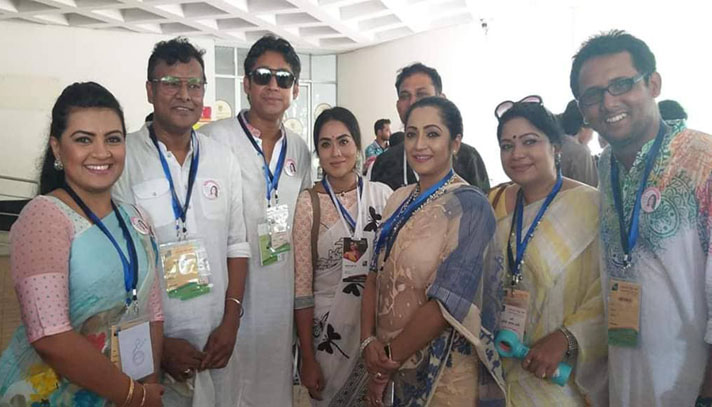 Voters of the Obhinoy Shilpi Shongho cast their ballots to elect the new executive committee for next two years.

The voting began at 9:00am on Friday and continued until 5:00pm without any break.

Reputed actor Khairul Alam Shabuj has been assigned as the Chief Election Commissioner, while playwrights Brindabon Das and Masum Aziz will assist him as election committee members.

In the election, Shahiduzzaman Selim, Tushar Khan and Shamim Visti will be contesting for the presidential seat. Ahsan Habib Nasim and Abdul Hannan are competing for the post of the General Secretary.

Renowned actors who are set to compete at the elections this year, include the likes of Zakia Bari Mamo, Azad Abdul Kalam, Nadia Ahmed, Bonna Mirza, Rawnak Hasan, Anisur Rahman Milon, Sumana Soma, Swagata and others.

Lutfar Rahman George was elected as the Organisational Secretary as he had no opposition in the election.