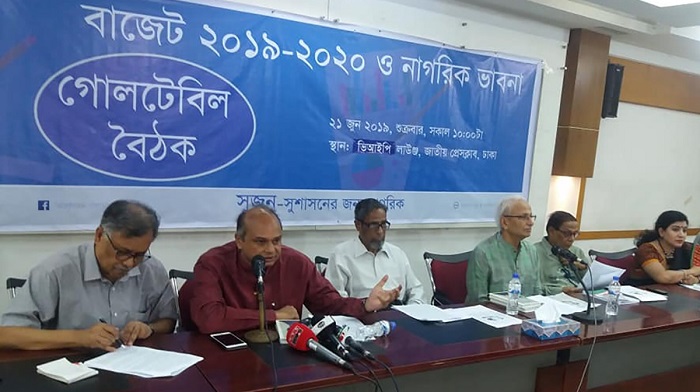 Emphasising on a reform to the country’s budgetary system, Sushashoner Jonno Nagorik (SUJON) claimed that there is lack of practice of accountability and democracy in maintaining the system.

SUJON came up with the claim while giving its reaction on the proposed national budget for the 2019-20 fiscal year in a roundtable meeting held at the Jatiya Press Club in Dhaka on Friday morning.

The speakers of the meeting also claimed, “According to the constitution, the lawmakers have no power except for passing the budget through voice vote in the parliament.”

The civil society platform for good governance demanded a reform to the budgetary system as there is absence of good practice of accountability and democracy in maintaining the system.

SUJON also emphasised on reflecting three fundamental aspects of the independence -- equity, human dignity and justice – in making and implementing financial policy for well management of the economy.