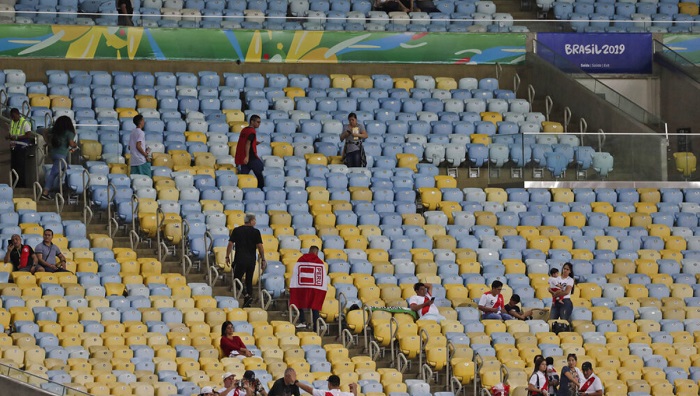 South America's soccer governing body CONMEBOL says the average attendance at Copa America games in Brazil is 15% higher than four years ago in Chile, despite the large number of empty seats in all five host cities in the ongoing tournament.

Organizers said Thursday the average attendance for the first eight games in Brazil was 29,500, compared to 25,000 for the first week of competition in Chile in 2015.

CONMEBOL did not compare attendances for the current edition with the last one — the Copa America Centenario 2016 in the United States.

The cheapest ticket to watch a match costs 120 Brazilian reals (nearly $30). Organizers said that price is 10% more expensive than in Chile.

CONMEBOL President Alejandro Dominguez has admitted to concerns over attendances at the tournament in Brazil, which is in the midst of an economic crisis since 2015, but said he hoped for an improvement as the competition advances.