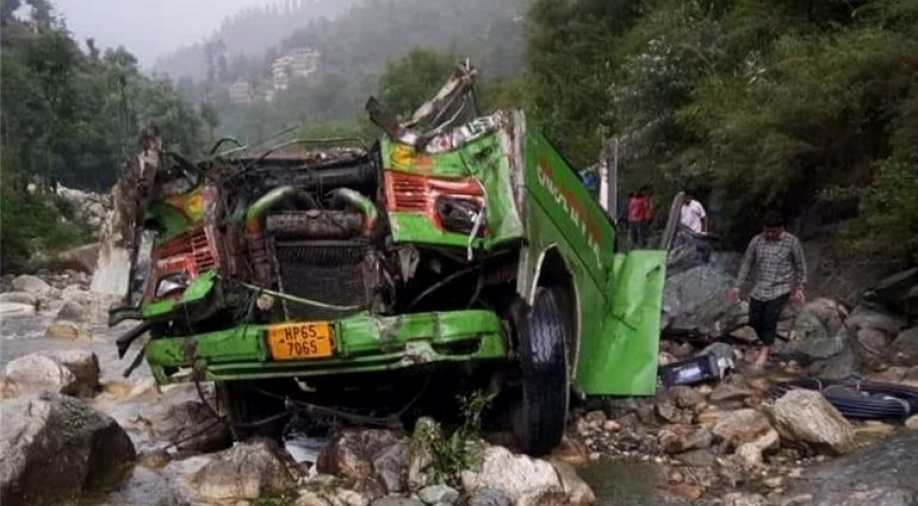 The death toll has risen to 44 as a bus fell into a gorge in India's Himachal Pradesh on Thursday, while 35 others were injured, official said.

The accident took place at around 4:00 p.m. local time in mountainous Banjar area of Kullu district, about 168 km north of Shimla, the capital city of Himachal Pradesh.

"The death toll in the accident so far has gone upto 44," Banjar sub divisional magistrate, M R Bhardwaj told Xinhua over telephone late Thursday. "Another 35 people injured in the accident have been hospitalized and are undergoing treatment at Banjar civil hospital and Kullu district hospital."

Police officials said they rushed to the spot after receiving report about the accident and pressed in ambulance service to carry the injured to hospitals and ferry the dead.

Superintendent of Police Kullu, Shalini Agnihotri said all the bodies have been retrieved from the 500-meter gorge and rescue work was completed.

According to Agnihotri, the private bus plying on an inter-district route was carrying local passengers from Banjar to Gadagushani area in Kullu.

"Since it was a bus plying on local route, all the victims might be locals," Agnihotri said.

Himachal Pradesh is a tourist destination.

Officials feared the death toll was likely to increase in wake of critical condition of some of the injured.

"Deeply saddened by the bus accident in Kullu. Condolences to the families of those who lost their lives. I hope the injured recover soon," a statement issued by Modi's office said. "The Himachal Pradesh government is providing all possible assistance that is required."

According to officials, 78 people were onboard at the time of accident.

Reports said some of the passengers were sitting on the roof of the bus when it fell into the gorge.

Police have registered a case and ordered investigations to ascertain reasons behind the accident.

In a separate accident earlier in Thursday morning, seven children were feared dead and 22 others rescued alive after a vehicle carrying them plunged into a canal in Uttar Pradesh.

Deadly road accidents are common in India often caused due to overloading, bad condition of roads and reckless driving.

Officials say on an average over 400 deaths take place every day in India due to road accidents.