Why Shakib most valuable player in the World Cup 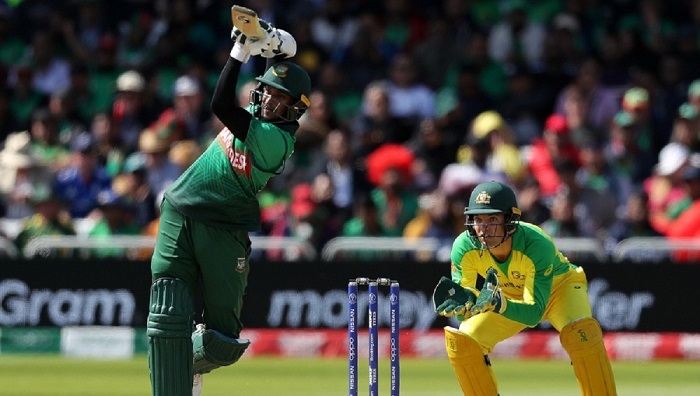 There are 150 players who are playing in the ongoing ICC Men’s World Cup in England and Wales. Of them, Shakib Al Hasan is the only one who can claim himself the best batsman and bowler of his country.

To back this claim, he has more than 400 runs and five wickets in the World Cup, which is enough to prove that he is the most valuable player in the World Cup so far, according to famous British newspaper Telegraph.

It says Shakib is the player who can bring Bangladesh’s dream of playing in the World Cup semifinals ahead by his tremendous effort in the field. He already scored two centuries in the World Cup and hit two fifties as well, what made him one of the best three batsmen of the World Cup so far.

Shakib did not look back right after his debut for the Tigers back in 2007. He has established himself as one of the torchbearers of Bangladesh cricket. He has been doing well with the ball. He has been performing brilliantly with the bat as well. With this combination, he became one of the best all-rounders that cricket has ever seen.

As the first-ever cricketer, he topped the list of the all-rounders in all three formats of the game, which undisputedly proved the worth of Shakib.

According to the Telegraph, the achievement of becoming number one all-rounder in all three formats of the game indicates that Shakib can do what Bangladeshi supporters hope for.

Shakib did not play for the teams who are often considered cricket’s most elite sides, and this is why his talent usually remains out of focus, believed the Telegraph. The reality is as harsh as Shakib is playing his first ODI (on June 20) against Australia since 2011.

According to the Telegraph, there are two incidents that changed the fortune of Bangladesh cricket forever. The first incident was getting the Test status after 29 years of Bangladesh’s independence, and the second one was Shakib’s admission in Bangladesh Krira Shikkha Protisthan (BKSP).

After the first incident, Bangladesh’s cricket took many steps forward to develop their infrastructure to become a real force in the World Cricket. And the second incident resulted in their best cricketer ever.

The onus was on Shakib to prove his worth in this World Cup on a new manner, and he has been doing well hitting two centuries and two fifties with taking five wickets as well. The way Shakib is playing can guide the Tigers to a new standard of their brand of cricket.