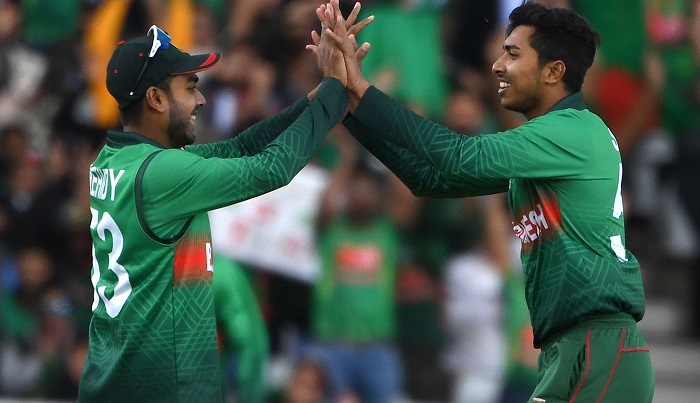 Soumy Sarkar, who is not a familiar face in the Bangladesh squad as a bowler, took three wickets conceding 58 runs in eight overs against Australia in World Cup battle at Trent Bridge on Thursday.

This is now his career-best bowling record. His previous best bowling figure in ODIs was 1 for 19 runs.

The right-arm medium pacer took the wicket of Aaron Finch (53) to break the opening pair of Australia who added 121 runs.

In the second wicket stand, David Warner and Usman Khawaja added 192 runs before Soumya came in and grabbed the wicket of Warner who struck a brilliant knock of 166.

Soumya took his third and final wicket during the 47th over when Khawaja prodded a catch to Mushfiqur Rahim. Khawaja scored 89 to help Australia post a big total of 368 for five in 49 overs.