Examining The Legal Challenges To Bringing Justice For The Rohingyas 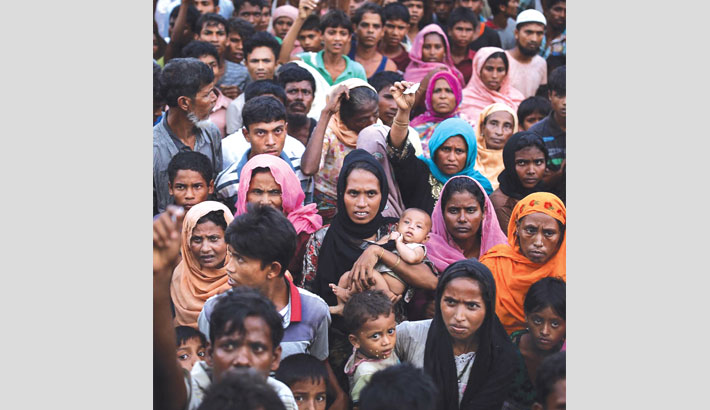 The Rohingya Muslims of Myanmar have been facing inhumane torture and persecution for decades. But the severity of torture inflicted upon them by the Myanmar Army in the last couple of years has crossed all the limits. Following a few attacks of the Arakan Rohingya Salvation Army on police and army posts in northwestern Rakhine State on August 25, 2017, the Myanmar military killed at least 10,000 of Rohingya civilians, raped thousands of Rohingya women and girls, and burnt entire villages to the ground. Therefore more than 750,000 Rohingyas fled for their lives to neighbouring Bangladesh. Myanmar authorities claimed that they had conducted a ‘clearance operation’ to free the country from militants! In reality, they fulfilled their long-cherished dream of vacating a resourceful region by evicting Rohingya Muslims from their ancestral homes. Consequently the fleeing Rohingyas joined 500,000 refugees of their own community who were already in Bangladesh seeking shelter after previous attacks, bringing the total to 125,0000 and making it the home to the biggest refugee camps of the world! Albeit the mass people and the government of Bangladesh, different countries, and local and international non-government organisations have been helping them, the hapless Rohingyas are passing a terrible time in the messy refugee camps of an unknown land. Almost 22 months have gone since the most recent Rohingya influx began in Bangladesh. Till date much has been said and written about their crisis but no formal legal proceeding has begun in any international court to hold Myanmar authorities and security forces accountable for their atrocious operations. Despite a few independent investigations and studies it is not clear to the international human rights organisations, global bodies and states that how they can bring justice to the most persecuted minority community of the world.

In April 2017, the United Nations Human Rights Council (UNHRC) started an independent fact-finding investigation on the Rohingya crisis that issued a 444-page report on September 12, 2017, describing gruesome accounts of murder, rape, and violence against the Rohingyas committed by the Myanmar military. It also found sufficient evidence to warrant the investigation and prosecution of senior officials of Myanmar Army for the crime of genocide. Among other recommendations, it urged the United Nations Security Council (UNSC) to refer the situation to the International Criminal Court (ICC). Following this, on September 27, the UNHRC adopted a resolution to create an agency to collect, preserve and prepare evidence of human rights abuses that would be used in future prosecutions.

Initially people expected that UNSC will direct an investigation concerning non-state parties but it couldn’t do so as China and Russia blocked even its statements. Then many looked to the ICC as a potential avenue to address the atrocities suffered by the Rohingyas. However, as Myanmar is a non-signatory to the Rome Statute, the exercise of jurisdiction at the ICC seems limited. On April 9, 2018, the Office of the ICC Prosecutor stated that the Pre-Trial Chamber will determine whether it could exercise jurisdiction over the alleged deportation of the Rohingya people from Myanmar to Bangladesh on the basis that an element of the crime took place on the territory of a signatory (Bangladesh) to the Rome Statute. On September 6, 2018, the ICC’s Pre-Trial Chamber issued a majority decision finding that the Court could exercise jurisdiction over the alleged deportation. Then an ICC prosecutor opened a preliminary examination on the deportation of the Rohingyas and other potential crimes under Article 7 of the Statute. 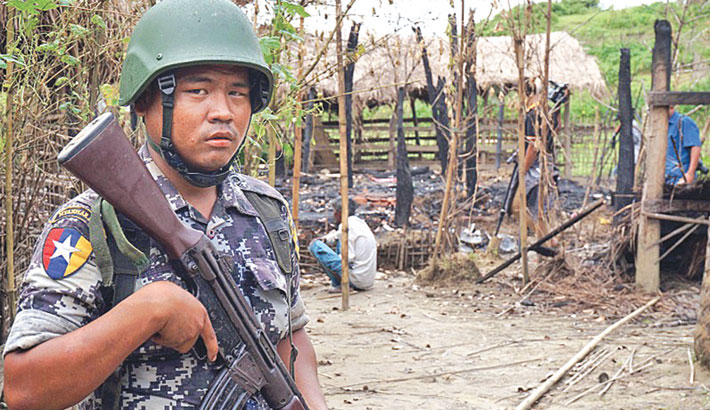 With this announcement, the ICC Prosecutor entered ‘Phase 2’ of a four-phase process used to conduct a formal investigation. ‘Phase 2’ focused on developing the factual record with an eye toward ensuring the participation of all relevant stakeholders, such as states, including Bangladesh, organs of the UN, and intergovernmental and non-governmental organisations. On May 7, 2018, the Pre-Trial Chamber requested Bangladesh to submit its written observations to the prosecutor as amicus curiae pursuant to rule 103(1) of the Rules of Procedure and Evidence. The country submitted its views regarding the crisis to the ICC confidentially agreeing that the ICC had territorial jurisdiction for the crime of deportation. Myanmar was also asked to participate in the process but it declined to do so. Yet some individuals and organisations presented their written observations based on their first-hand experience. 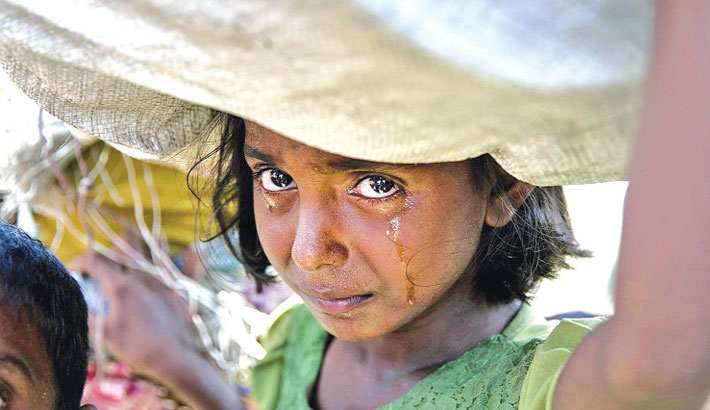 Despite the positive developments at the ICC, the confusion remains as to whether the prosecutor will be able to investigate the crime of genocide of Myanmar authorities as the Pre-trial Chamber can only examine the crime against humanity together with deportation. In this context, international legal experts and organisations have opined that a case against Myanmar in the International Court of Justice (ICJ) will be more effective than a case in ICC. It is because Myanmar is a party to the 1948 Convention on the Prevention and Punishment of Genocide. According to Article IX of the Genocide Convention, any contracting party may submit a dispute between it and another contracting party relating to the interpretation, application or fulfillment of the Convention to the ICJ, including disputes about the responsibility of a state for genocide. Fifteen states have lodged reservations relating to Article IX, but Myanmar has not. Rather it has made reservations to Articles VI and VIII, neither of which is an obstacle to pursing an ICJ case. 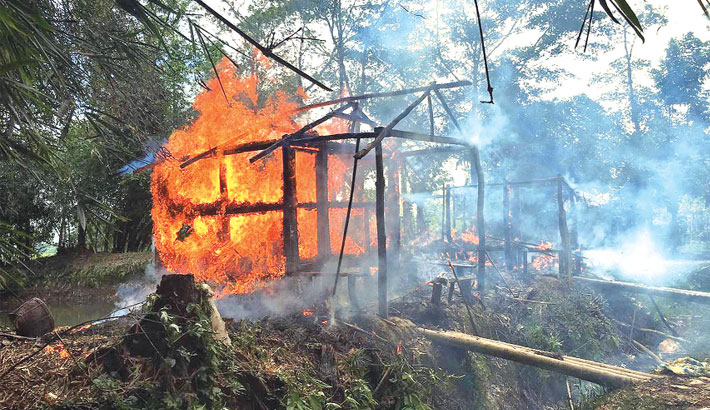 Naturally the question comes - who can and will bring a case in the ICJ against Myanmar? As per the Genocide Convention, any contracting party that has accepted the International Court of Justice’s (ICJ) jurisdiction under Article IX can bring a genocide claim against Myanmar before the ICJ. Even a non-injured state may also bring a case as every state has a common interest in seeing the objective of the Convention realised and upheld. In the recent conference of the Organisation of Islamic Cooperation (OIC) held in Makkah, the OIC unanimously urged its ad hoc Ministerial Committee, led by Gambia, to take immediate measures to launch a case at the International Court of Justice at Hague. It is mentionable that despite continuous diplomatic efforts Bangladesh hasn’t got much positive response from Myanmar regarding the repatriation of Rohingyas. An ICJ case from their part could harm the existing mutual relationship of two neighbouring countries. May be that is why Bangladesh is backing OIC’s step keeping Gambia in the front.

Bringing a case under the Genocide Convention in the International Court of Justice can be crucial for several reasons. Firstly, the focus of the ICC is to ensure individual criminal responsibility while the ICJ’s focus is on the responsibility at the state level. Myanmar government could prevent the ICC prosecution from entering the country as it is not a party to the Rome Statute. But since Myanmar is a party to the Genocide Convention, it has the obligation at the state level to obey the ICJ decision. Secondly, in the ICJ proceeding there are opportunities for the global community to observe the entire state policy of Myanmar including the ethnic cleansing and persistent violation of fundamental rights of the Rohingyas. It will be really difficult for Myanmar to deny these allegations in an international court.

Thirdly, if the ICJ comes across the fact that the state is responsible for the genocide, then the question of reparations might arise. It may include financial compensation for the victims to resettle in their homelands and also prompt to their claim of citizenship rights and end of a wide range of discrimination. Fourthly, if ICJ finds reliable shreds of evidence that Myanmar is not complying with the obligation under the Genocide Convention, it can take provisional measures. As the verdict on merit may take several years, provisional measures may help to cease the persistent abuses. It can also include the direction by the ICJ to create a convenient atmosphere to voluntarily repatriate the Rohingyas from Bangladesh to Myanmar. From the available evidences it can be assumed that an ICJ case against Myanmar under the Genocide Convention can establish the truth legally that Myanmar didn’t show minimum respect to the convention.

It is quite clear that Myanmar doesn’t feel a sense of responsibility towards its minority communities. Thus they could adopt a strategy of Rohingya persecution in their state policy and gradually increase their repression in a planned way. It is the silence of the world and lack of legal initiative regarding this continuous torture on Rohingyas that provided them a feeling that they can do whatever they like. But this situation cannot go on forever. Legal steps must be taken against Myanmar authorities and security forces for their heinous crimes. A verdict against Myanmar for committing genocide is not enough to resolve the crisis of this troubled minority community. It could, however, serve as a powerful focal point within a broader strategy aimed at promoting, protecting and vindicating the rights of them.