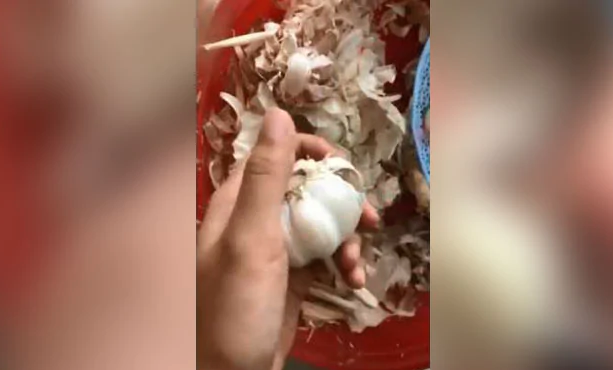 As anyone who has ever tried to peel garlic will attest to - the whole process can be a pain. Perhaps that is why when a Twitter user posted a miraculously fast way of peeling garlic, the video went massively viral in no time. The garlic peeling hack was shared by Twitter user '@VPestilenZ', who wrote: "As someone who makes a lot of Korean food, this is the best method for getting garlic peeled!"

The video shows them sticking a knife into a garlic clove and pulling it out, leaving the peel behind. Given that this method doesn't get hands sticky and doesn't involve struggling to hold the tiny cloves in place, it's no wonder that the Internet has given it a huge thumbs up

Since being shared online, the video has collected more than 21 million views and a ton of comments, with many thanking the original poster. Among the many admirers it has found are model and chef Chrissy Teigen and United States' Democrat Representative Alexandra Ocasio-Cortez.

While Chrissy proclaimed her shock with a long "what", Alexandra Ocasio-Cortez simply used the mindblown emoji.