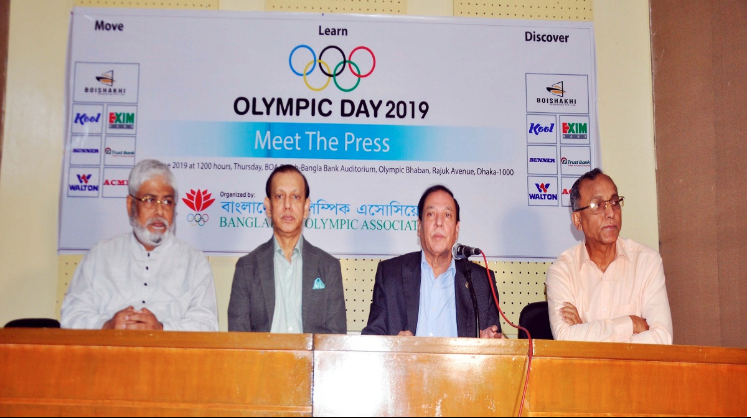 Bangladesh Olympic Association (BOA) will observe the Olympic Day Run in the capital and divisional headquarters of the country on Sunday (June 23) as part of the global program on the founding anniversary of International Olympic Committee (IOC).

The ceremonial Olympic Day Run will begin at 7 am from Bangladesh Shisu Academy and will conclude on the Bangabandhu National Stadium premises.

State Minister for Youth and Sports Zahid Ahsan Russell MP will inaugurate the run, to be participated by a large number of sportsmen, sports organizers and journalists and peoples of all walks of life.

A seminar on Olympic moments will also be arranged on Sunday at the Dutch Bangla Auditorium of BOA at 4:30 pm where Secretary in Charge of the Ministry of Youth and Sports Dr Mohammad Zafar Uddin will be present as the chief guest.

BOA Secretary General Syed Shahed Reza disclosed the details of the program at a press conference at the Dutch-Bangla Auditorium here on Thursday.