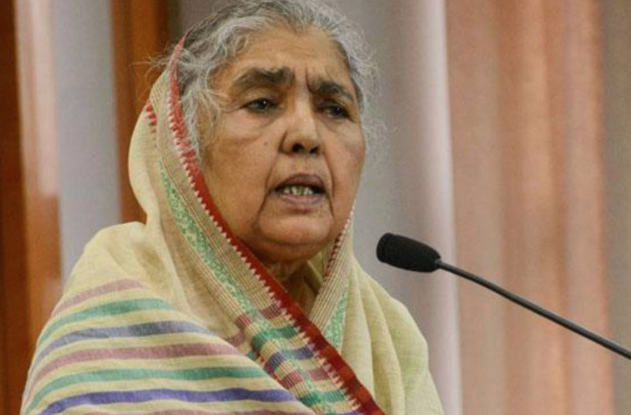 Former Agriculture Minister and Matia Chowdhury on Thursday strongly criticised the Finance Minister for increasing tax at source on family savings certificate from five percent to 10 percent in the proposed national budget for 2019-20 fiscal year.

Taking part in the general discussion on the proposed budget, Matia said, “I would like to talk about a sensitive issue which I can’t support. I can’t understand why did he [finance minister] increase the tax at source on the family savings certificate from 5 percent to 10 percent?”

“Why did he (Finance Minister) interfere in it when he’s giving various benefits to businesspeople, increasing the salaries and benefits of government employees and teachers and also giving various facilities to different sectors? I can’t understand why’ve you touched your hands in the savings certificates?” Matia said.

She also said though Finance Minister AHM Mustafa Kamal is keeping the scope for whitening the black money, he is not increasing the ceiling on buying savings certificates.

The former minister sought the Prime Minister’s special attention in withdrawing the finance minister’s proposal for increasing tax at source on the family savings certificates.

Matia, however, presented various statistics about how the government achieved outstanding successes in different sectors and economic development over the last 10 years.