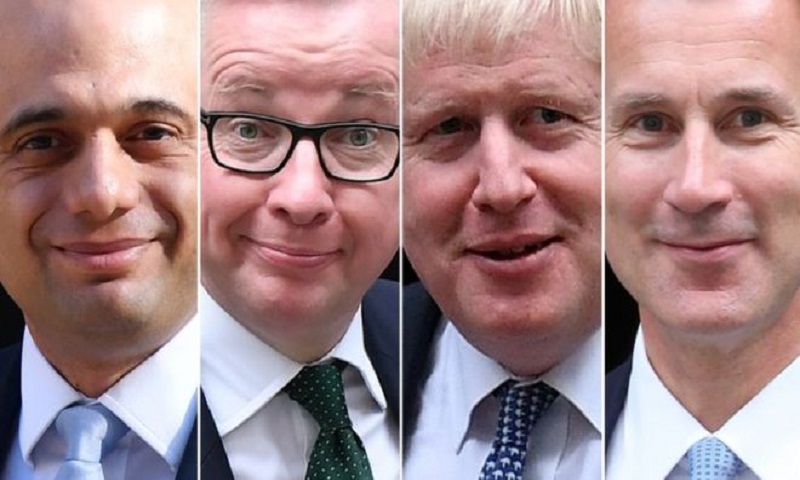 Tory MPs have voted in the latest stage of their leadership race, with the man who comes last set to be eliminated.

The remaining field of four candidates will be whittled down to three in a secret ballot. The result are expected at about 13:00 BST.

There will then be a further vote to select the final two, one of whom will be elected leader by party members.

International Development Secretary Rory Stewart was knocked out of the contest on Wednesday evening, after he secured the backing of just 27 Tory MPs.

Mr Johnson is almost certain to make the run-off of 160,000 or so Conservative members who will elect the next Tory leader - and prime minister - in a postal ballot, starting next week.

His campaign to be prime minister received an endorsement from Evening Standard editor and former Chancellor George Osborne.