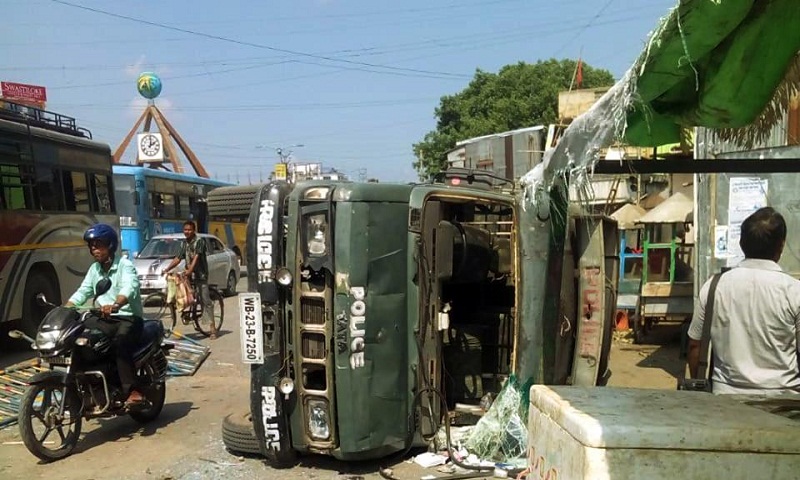 Two people were shot dead and four injured on Thursday in clashes between two groups in West Bengal’s Bhatpara, around 30 km from Kolkata.

The two groups attacked each other with crude bombs and fire arms. The police had to resort to firing to control the situation. The clashes started around 10:30 am and the roads turned empty in no time and shopkeepers quickly downed their shutters.

One of those who died was identified as Rambabu Shau, a street vendor. He was hit by a bullet on his head, a relative of his said.

BJP national general secretary Kailash Vijayvargiya blamed the Trinamool government in the state and Chief Minister Mamata Banerjee for the clashes. “Mamata Banerjee has lost her mental balance since the Lok Sabha elections. Clashes are taking place all over the state. I have got information that two people fell to police bullets,” he said, reports HT.