An-32 crash: IAF recovers 6 bodies, mortal remains of 7 others 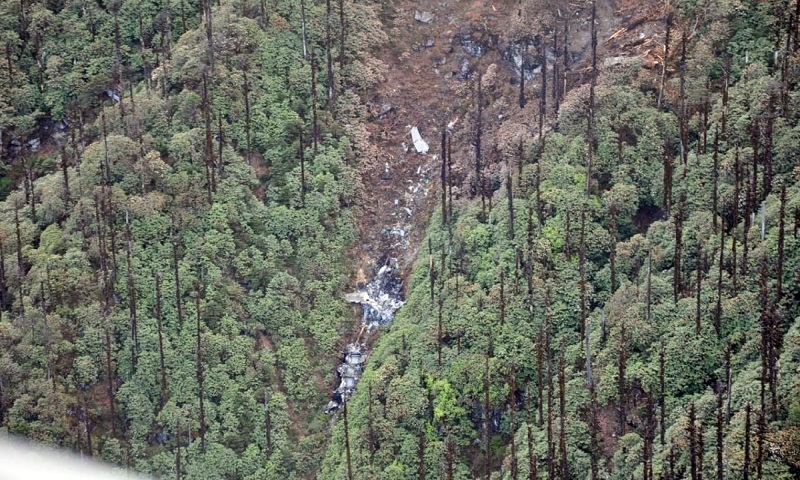 Six bodies and seven mortal remains have been recovered from the site of the crashed Indian Air Force (IAF) An-32 transport aircraft from a remote location in Arunachal Pradesh.

The wreckage of the Soviet-era An-32 was found on 11 June, eight days after it went missing on the way from Assam’s Jorhat airbase to Menchuka Advance Landing Ground in Arunachal Pradesh with 13 IAF personnel on board.

Two days after finding the wreckage, the IAF said that there were no survivors. The IAF also identified the air warriors who died in the crash.

Efforts had been on to reach the site and recover the bodies since the discovery of the wreckage near Lipo.

The IAF has also retrieved the black box of the transport plane.

An eight-member rescue team reached the AN-32 crash site in the morning of 11 June.

The wreckage of the Antonov AN-32 aircraft was spotted 16 km north of Lipo, North East of Tato at an approximate elevation of 12000 ft by Mi-17 Helicopter undertaking search operations.

The aircraft had last contacted ground sources at 1 pm on 3 June after taking off from Assam airbase at 12:25 pm.

In July 2016, an Indian Air Force An-32 aircraft went missing over the Bay of Bengal with 29 people on board while on its way to Port Blair from Tambaram Air Force Station in Chennai.

Despite a massive search operation – India’s largest search operation for a missing plane over the sea – involving the ships and aircraft of Indian Navy and the IAF and scanning of 2,17,800 square nautical miles of Bay and Bengal, the aircraft could not be found.

After months of search, the rescue operation was called off. The government informed the then Lok Sabha that there were no survivors on board the aircraft.