Rubel, Sabbir in as Saifuddin, Mosaddek ruled out due to injuries 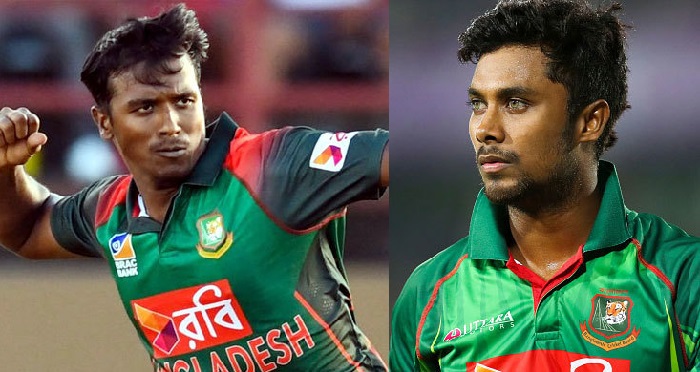 Bangladesh were forced to make two changes against Australia in their 6th match of the ICC World Cup 2019 at Trent Bridge in Nottingham on Thursday.

Right-arm pacer Rubel Hossain was included in the XI as all-rounder Saifuddin’s replacement, whereas Sabbir Rahman came in for Mosaddek.

Saifuddin, a right-arm pacer all-rounder, has been suffering from a back injury he sustained months ago. He had to take painkiller injection before playing the first match of Bangladesh in the World Cup. He played the other matches in the World Cup so far managing the injury.

Mosaddek, on the other hand, sustained a blow on his right shoulder in the previous match against West Indies that Bangladesh won by seven wickets.

Right-arm pacer Rubel Hossain has featured in this World Cup through the match against Australia. He has played 97 ODIs for Bangladesh till the date and took 123 wickets with the best figure of six wickets for 26 runs.

Sabbir Rahman made his World Cup debut through this match. Sabbir has played 61 ODIs till date and scored 1,219 with a hundred and five fifties.