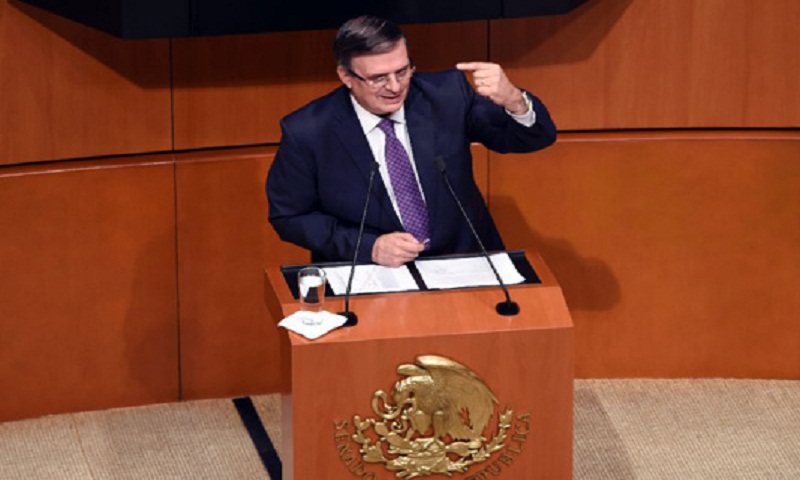 Mexico ratified the new North American trade agreement Wednesday, making the country the first to give it final approval despite recent tension with the US.

The United States-Mexico-Canada Agreement (USMCA) passed in the Mexican Senate with 114 votes in favor and just four against, sending what the government called “a clear message in favor of an open economy and deepening economic integration in the region.”

“This means foreign investment in Mexico, jobs in Mexico, access to the US market for our products,” said President Andres Manuel Lopez Obrador.

There was little doubt the new deal would pass easily in Mexico: the very similar agreement it aims to replace, the North American Free Trade Agreement (NAFTA), has helped turn the country into an exporting powerhouse over the past 25 years.

The next move now belongs to Canada and, especially, the US.

The three countries signed the agreement on November 30 after a year of tough negotiations triggered by US President Donald Trump’s insistence on replacing NAFTA, which he calls “the worst trade deal ever made.”

Trump congratulated his Mexican counterpart on the ratification, and called on American lawmakers to do likewise.

“Congratulations to President Lopez Obrador — Mexico voted to ratify the USMCA today by a huge margin. Time for Congress to do the same here!” Trump tweeted.

Canadian Prime Minister Justin Trudeau is due to visit Trump and US Congressional leaders Thursday to push for ratification of USMCA, among other issues.

The deal faces a battle in the US Congress, where opposition Democrats have criticized provisions including its worker protections and dispute resolution system.

Still, US Trade Representative Robert Lighthizer said he was confident there would be progress on ratification in “the next couple of weeks.”

The new deal largely resembles the original, but notably establishes new rules for the crucial auto sector, intended to boost US-made content in cars and increase wages for Mexican workers.

Tension between the US and Mexico has been rife since Trump threatened last month to impose tariffs on all Mexican exports over the surge of Central American migrants arriving at the two countries’ border.

Mexico managed to negotiate a reprieve from the tariffs — which were due to take effect June 10 — by tightening controls at its southern border and expanding its policy of taking back migrants as their asylum requests are processed in the US.

But some Mexican lawmakers accused the executive branch of caving to Trump’s bullying, and put ratification of the USMCA on hold until Foreign Minister Marcelo Ebrard agreed to testify on the exact extent of the migration deal.

Ebrard assured Congress he had not agreed to Trump’s demand for a “safe third country agreement,” in which migrants arriving in Mexican territory would have to seek asylum there rather than the US.

Trump has vowed to make Mexico agree to such a deal if he deems progress on the migration issue insufficient after 45 days.

After Ebrard’s testimony, the Senate allowed the USMCA to move ahead.

But there were barbs in the Senate over Trump’s apparent willingness to blow up the countries’ free-trade relationship.

“We can’t go on like this… Let’s not bend over, let’s not let ourselves be humiliated by threats and blackmail,” said opposition Senator Antonio Garcia of the left-wing PRD party.

Mexico sends nearly 80 percent of its exports to the United States, and regional free trade is broadly popular here.

Analysts saw Mexico’s early ratification of the trade deal as a strategic move.

“Mexico wants to show good will and ratifying the USMCA quickly could help somewhat so that the debate focuses on ratification in the US,” said consulting firm Eurasia Group.